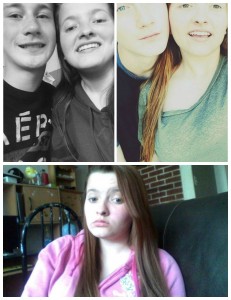 Megan and Dylan are believed to be together. Megan is described as a white female, 5’1”, 150 lbs., with long brown hair and brown-green eyes. Dylan is described as a white male, 6’2”, 160 lbs. with short brown hair. Megan was last seen wearing a light blue/grey winter jacket, blue colored spring season coat with white stripes on the shoulders and grey tights. There is no clothing description available for Dylan.

There is no evidence to suggest that either Megan or Dylan have met with foul play but there is concern for their well-being given their ages. Investigators request that Megan and Dylan, or anyone with information on their whereabouts calls police at 902-490-5020.