Riot Snack Bar is going in on Quinpool where Garden of Eat’n most recently was.

On The Mat, a new Yoga Studio will be opening on the west end of Oxford St where Fanor Mini Mart used to be (@ Cork St)

Onyx announced that its last service will be this Saturday, March 19th.

A Good Day Kitchen and Cafe has opened on Fall River Rd.

The Lacewood Needs, has been replaced by the 2nd location of Halifax Buy and Sell (Gottingen @ Kaye) 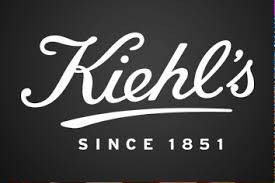 Cosmetic store, Kiehl’s will open a store in Halifax Shopping Centre this summer.

The former Money Mart on Quinpool, which I thought might just another pizza place is going to be East Coast Bakery, with the focus on Montreal style bagels!!

Mezza on Lacewood opened this week.

Swiss Chalet will be running a promotion until May of All You Can Eat fries with entrees.

With a head office in Dartmouth, PharmaChoice is now Canada’s second largest network of independent pharmacies with over 600 Canadian locations.

Esso sold off it’s remaining 497 gas stations in Canada, the 17 in NS and NL went to WIlson’s who already operate a few stations under the Esso banner.