Costco in Dartmouth has a sign up saying that they will no longer sell tobacco products after August, at that location, Bayers Lake still will however 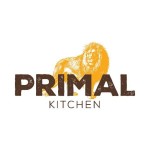 Fiasco on Brenton St closed this week, but the owners are stripping it to the studs and coming back with a whole new restaurant, Primal Kitchen.

It will be casual with a focus on meat. The charcuterie will all be made in house and there is South African heritage so one of my favourites biltong will be on the menu. The kitchen will be open late and they will have craft beers aplenty. A great addition I think to the Spring Garden area.

The North End’s Odell’s Gluten Free Bakery  is going South End they will be opening a 2nd cafe withing Breathing Space Yoga on the corner of Coburg and Oxford.

Got a chance to try TDogs on Agricola, man $6 for a Texas Hot, handmade wiener, homemade chili on a stone hearth bun. Best dog in the city! 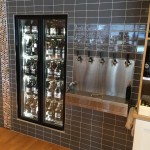 All the private liquor stores have growler fills now, Cristall in Sunnyside and Bishops Cellar on the waterfront both opened their taps this week, all of them will refill any sparkly clean 1.89L growler you may have. In addition Bishops Cellar is also filling 1L Growlitos.

The  “Frenchy’s” on Almon is gone, I hear they are relocating but I don’t know where.

Chebucto Water Taxi launched this week with set pickups along the Arm and Harbour, Point Pleasant Park to McNabs for example $9 each way for an adult U12 50% off U6 75% off and PFD for all ages.

The NBD on pizza corner turns out to be Nothing But Donairs, and Will open in July as Johnny K’s Donairs, they plan to have Beef, Chicken and Veg Donairs, or more kebab/shawarma style if you prefer. Halifax gets the first but they plan to take Johnny’s Ks coast to coast.