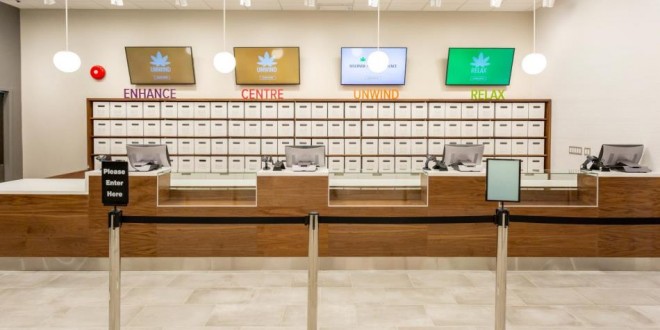 Finance and Treasury Board Minister Karen Casey announced today, Feb. 14, that renovations will begin in 14 stores as soon as possible. Some of the new locations will be ready this fall and all stores will be completed by the end of the next fiscal year.

“We have said all along that we will move slowly and safely and need to be socially responsible and we are ready to take the next step, said Ms. Casey. “We have recognized that online sales so far have not addressed areas of the province where there was a gap and it is apparent that new customers want the in-store experience. We feel that opening more stores is the most effective way to deal with the illicit market, protect our children and keep communities safe.”

Recent NSLC research showed that one of the reasons customers are buying from the illicit market is because there is no cannabis store in their area.

A request for proposals is expected to be issued in April.

“We’re pleased to announce that we will more than double the number of cannabis stores we have across the province. It’s an important step in fulfilling our mandate to make legal cannabis accessible to adult Nova Scotians who wish to purchase it and critical to making an impact on the illicit market.”
– Greg Hughes, president and CEO, NSLC

Quick Facts:
— the addition of 14 new outlets will result in a total of 26 NSLC cannabis stores across Nova Scotia
— the selected stores were based on their geographic location, space to accommodate a cannabis store and the ability to renovate the stores cost effectively
— the new outlets will range in size from 200 square feet for the smaller stores to 400 square feet for the larger stores. Tantallon is the largest, which will have a 1,000 square foot store
— customers can also receive home delivery by ordering online through the NSLC cannabis website