I promised this would be a continuing post – here’s part two of three. 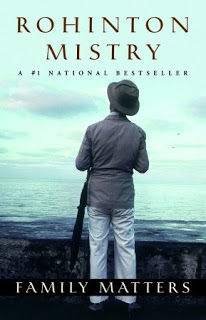 “A domestic drama and an intently observed portrait of present-day Bombay in all its vitality and corruption. At the age of seventy-nine, Nariman Vakeel, already suffering from Parkinson’s disease, breaks an ankle and finds himself wholly dependent on his family. His step-children, Coomy and Jal, have a spacious apartment (in the inaptly named Chateau Felicity), but are too squeamish and resentful to tend to his physical needs. Nariman must now turn to his younger daughter, Roxana, her husband, Yezad, and their two sons, who share a small, crowded home. Their decision will test not only their material resources but, in surprising ways, all their tolerance, compassion, integrity, and faith.” – library catalogue. I will admit that I have friends who have complained that this book is unrelentingly bleak, but I have to disagree. I won’t deny that this is a sad book, but the beauty of the writing and its poignancy override the sadness for me. Nariman’s story is told in flashbacks intertwined with his present day life. Booklist Magazine said Family Matters “comes as close to perfect as a novel can get”. 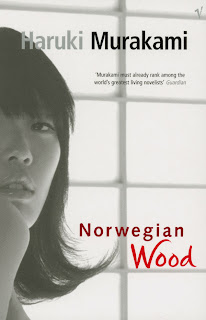 Norwegian Wood by Haruki Murakami:
Haruki Murakami is an author I’ve had conversations about at parties and in coffee shops. In an article about him, The Times newspaper said he was “quite possibly the most successful and influential cult author in the world today”. Norwegian Wood is an early novel. It tells the story of a young Japanese student finding his way in the world and sorting through his emotions and his love for two women. It’s a very thoughtful and descriptive coming-of-age novel told in a manner I can only describe as calming. Murakami fans will tell you Norwegian Wood is atypical of the author’s works. I’m currently about two thirds of the way through Kafka on the Shore and I think I can see what they mean. Although this book has the same calm tone, it is much more surreal – blending fantasy, philosophy and psychology into a compelling story.

The Girl Who Played Go by Shan Sa:

follows the parallel stories of a young Chinese girl (the Go player of the title) and her life in occupied Manchuria and a Japanese soldier who is stationed in her town. The book is full of description – of the game of Go, of life in an occupied territory, of the complications of young love and of a part of history that I knew little of and was fascinated to learn about: The Sino-Japanese Conflict. The book has moments of true beauty, alongside of moments of harsh reality and leaves a lasting impression. 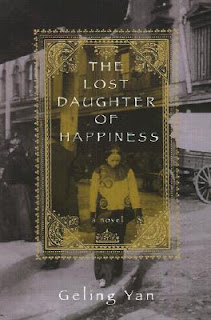 A Chinese author who has since immigrated to the US (and whose newest novel – The Banquet Bug was written in English), this earlier novel explores the experiences of Chinese immigrants in 1870s San Francisco. The story of Fusang, a prostitute who calmly accepts the life she was brought into; of Chris, a boy who falls in love with Fusang at the age of 12 and carries that love his whole life; of Da Yong, the infamous gangster who rules Chinatown and instills fear in white populations and of the modern day, unnamed, narrator who tries to understand them all. Although telling a story of raw emotion, the book’s tone is very detached and observational, yet the settings and people are very vividly depicted. There are moments in this book that I can still picture in my mind, although I read it more than five years ago.

Pyongyang: A Journey through North Korea by Guy Delisle:

This book, by a Quebecois author, gives a unique look into life in North Korea. A Graphic Novel, it depicts, in simple but still detailed black and white panels, Delisle’s experiences living in the communist country while working as an animator. There were times that I didn’t appreciate what Entertainment Weekly dubbed Delisle’s “compassionate cynicism” about life for North Koreans (two much cynicism and not enough compassion, I thought. But hey, he’s the one that was there, not me), but on the whole I found the book a very intriguing look into a country that is mostly isolated from the rest of the world. A good introduction to the graphic novel format if you haven’t read one before.