People keep asking me how I’m feeling and I keep having to remind myself why they’re asking.

Pregnancy is almost a non-event the third time around. (Or, at least, being 13 weeks pregnant as a Mama of two makes it a non-event).

I’m out of the nauseous stage and even starting to regain a very small amount of energy. My clothes don’t fit, but I’m not massive, and all my brain-power is going to the two little monsters already destroying my house. So these days, I have to be reminded that I’m pregnant. 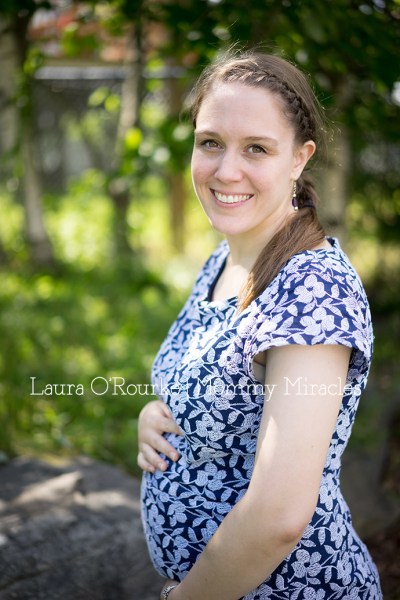 I remember when I was first pregnant with Cameron, my pregnancy was all that I could think about. I would serve tables at my waitressing job and I would want to scream at the patrons “HI! How are you tonight? I’ll be your server AND I’M PREGNANT!” Everything in my life required a pregnant footnote. It was so new, so important, so all-consuming.

With Gavin, I fretted over the viability of the pregnancy. I had lost two before him. I tried not to get attached while paying attention to every little signal my body gave off. When the pregnancy advanced and I could let go of a few months of held-breaths, I found myself feeling guilty that I couldn’t consume myself with the pregnancy. My toddler at home demanded my attention. I wondered if my second baby would always play second-fiddle to his older brother. I wondered whether I could possibly love more than one.

Now, I don’t have the time or the energy to be all-consumed or full of guilt.

The doctor keeps asking me if I have any concerns or questions. At this point, I almost feel like I should make something up. “No. No questions. No concerns.” This is my fifth pregnancy. I know when things are going wrong, and things aren’t going wrong.

I only took one pregnancy test this time. I took it later than I normally would, because I didn’t believe I was pregnant. There were no symptoms and the timing did not lead me to believe anything would be unusual. By the time I found out, I was nearly five weeks along already. I didn’t need multiple tests to confirm. I didn’t need to pee on a stick around 10 weeks to reassure myself that I was still pregnant. Symptoms or none, I was definitely pregnant.

But then, there it was: The heartbeat. I couldn’t help smiling. This pregnancy that I know about and often forget about and am kind of scared about (because babies are change and change is hard) is tangible and real and happening. This isn’t just a pregnancy. This is our next family member.

Pregnancy announcements are hard. I want to do something big and special, but I also don’t. Our family is changing and growing and shifting and that deserves to be celebrated, but I’ve done this before, time and time again, baby after baby, and now after baby. I’m a pro, and yet this time will be different, like every time was. This baby will be unique, like my first babies are.

Or, maybe I’m not a pro. A close look at my daily life would show how very un-professional I am at all of this. But maybe this is just my normal: Motherhood – from pregnancy on. I’m don’t feel comfortable making it a big thing (or hiding it until it is a big thing) because I feel like this is just what I’ve been doing for the last five years. Having babies and raising babies and finding myself somewhere in between.

So this is my news: I’m pregnant. Again. I’ve made it through the first trimester. And my family, my beautiful family of four, is soon going to be a family of five.