Cameron’s name has been changed.

We know when the change happened but we don’t know why. We have our theories but will never know for sure. What we do know for sure is that within our family, Cameron started to be referred to as “Brother”.

This change was instigated by our sweet two-year-old Gavin last fall. Ever since he began to speak, Gavin had been able to work his tongue around the name “Cameron” but suddenly he just stopped calling Cam by his name. Instead, he began calling him “Brother”, a name that did not signify a loss of identity, but instead a special honour. 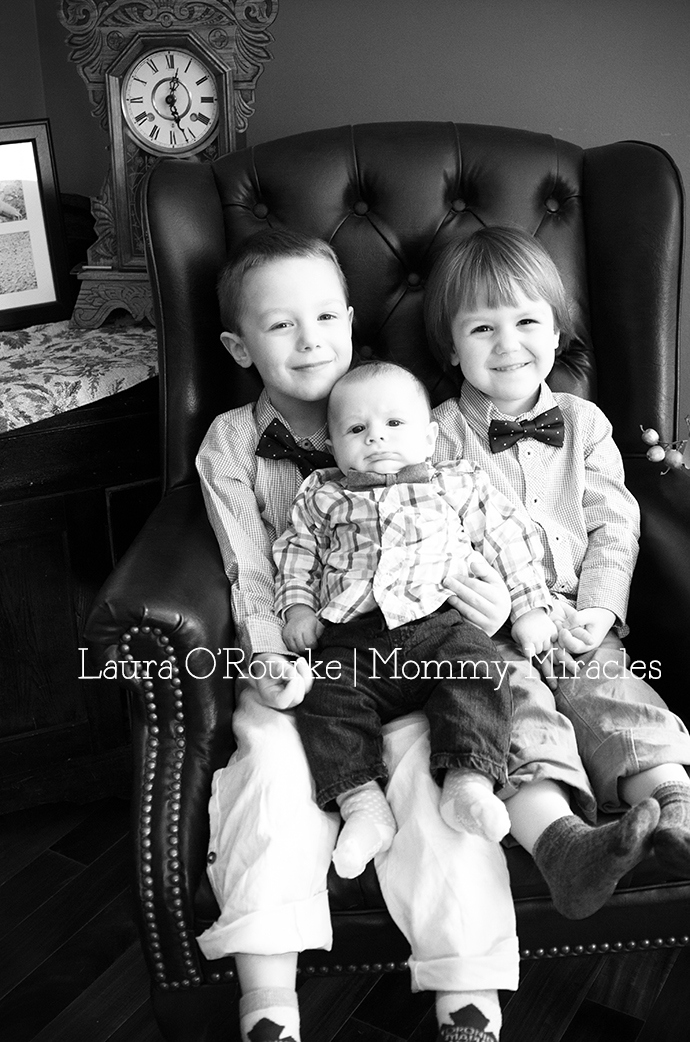 We first noticed this around the time when our daycare situation imploded. One Friday morning we dropped our kids off at the dayhome care and within hours we were called to come pick them up – the daycare had been shut down. We were left with no care for our children, no notice, and no time to transition them into a new place. We were lucky to find something so quickly, and they started the following Monday morning, but that certainly is no way to ease a child into a brand new routine with brand new people. It was traumatic for the entire family. It ended up being a good change, but regardless of the outcome, it was still tough.

Blessedly, we discovered that Gavin’s best friend from the old daycare had also been placed in this new daycare. They were inseparable – a familiar friend in all this newness. And here is where we came up with the simplest explanation as to why Gavin started calling Cameron, “Brother”. Gavin’s friend’s name is Aron, and it just so happens that in toddler-speak, “Aron” and “Cameron” sounded very similar. Gavin often found himself trying to get us to understand which person he was referring to. Understandably frustrated, he started calling Cameron “Brother” to ease some confusion.

That’s one theory, at least. But while it maybe is part of the explanation, I don’t think that’s entirely why Cameron’s name was changed.

Gavin has always been our sensitive child. He even seems to react physically to anxiety with full-body hives that cover his entire body following stressful events in his life. I was so worried that the change in daycare would result in another full-body breakout. To my shock, it didn’t happen. Gavin stayed completely hive free. While I believe that the new daycare should be commended for how wonderful they were to Gavin in those first few days, I also believe that Gavin had found a new way of coping.

He focused on where and to whom he belonged.

Every time we were together, Gavin would point to us and name us. If we were sitting around the table he would announce: “That’s my Daddy. That’s my Mommy. That’s my brother.” If we were in the car he would point to each of us and say the same thing. Daddy. Mommy. Brother. If anyone else came near our family, he would make sure that they knew we were a family unit. He vocalized our connection to him. “My Mommy. My Daddy.” He reinforced it constantly. It was as if in claiming our family relationships, he could make sure we didn’t leave him. We were his constants. His stability. His family. 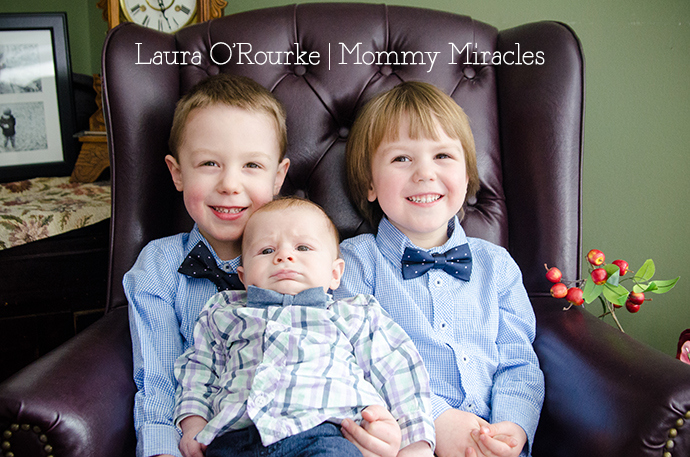 Each time Gavin calls Cameron “Brother”, he claims ownership. He situates himself in a position of privilege in Cameron’s life. He reinforces the unbreakable bond that he has with this special boy. He exudes love.

It makes my heart nearly burst to see my sons claim each other in such a way. They are mine, but they are also each other’s in a way I can never be. And that is a beautiful blessing.

Now that there is a third sibling in the mix, Gavin has gone back to calling Cameron by his given name more often. Yet Gavin hasn’t stopped emphasizing the importance of his big brother in his life. Now, if not being called “Brother”, Gavin often calls him “My Cameron.” And even though he is so new, Gavin knows exactly where his other brother fits in the family dynamic. To Gavin, Logan is either “My Logan” or “My baby”.

I always wanted my children to have siblings. One child just never seemed like an option for me. As I watch my kids grow up together, I find so much joy in seeing their friendship – their brotherhood – blossom. I am so glad they have each other.

The post My Brother appeared first on Mommy Miracles.