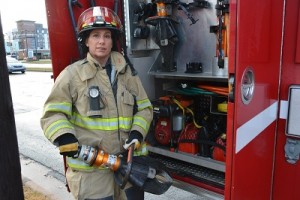 On this National Day of Remembrance for Road Crash Victims, the RCMP, Nova Scotia Emergency Health Services (EHS) and Halifax Regional Fire and Emergency (HRFE) are asking Nova Scotians to take a moment to pause and reflect on all those impacted by serious and fatal road collisions. 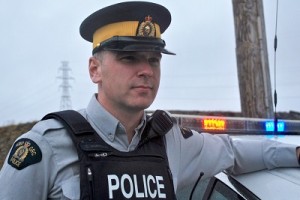 The National Day of Remembrance for Road Crash Victims is a day set aside annually to remember those killed or seriously injured on Canada’s roadways. Many collisions are preventable and are the result of driving while impaired, speeding and/or driving aggressively, driving while distracted or failing to wear a seat belt.

The pain of losing a loved one in a collision is life-changing for family members and friends. First responders are also significantly impacted by these collisions. 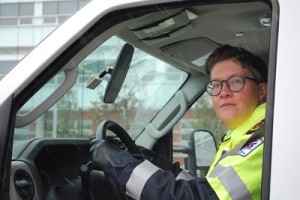 “Telling someone that their favourite person has passed away is something you never get used to,” says Cst. Chad Morrison of Nova Scotia RCMP Traffic Services. “We grieve for the victims and their families.” 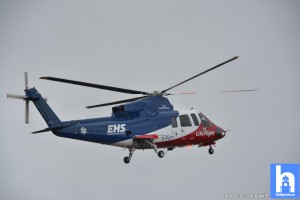 “It is the hope of EHS paramedics that Nova Scotians consider the gravity of the responsibility involved each time they sit behind the wheel,” says Community Relations Paramedic Krista Lane of EHS. “The choices made can and will affect the lives of countless people, and this is something that is often taken for granted.”

In honour of the National Day of Remembrance for Road Crash Victims, first responders from Nova Scotia RCMP, Nova Scotia EHS and HRFE will be sharing their experience responding to serious and fatal collisions and reflecting on the importance of road safety. Read their stories on Facebook at “Royal Canadian Mounted Police in Nova Scotia” (https://www.facebook.com/rcmpns) and on Twitter at @RCMPNS (https://twitter.com/rcmpns).

“Many times we are the first ones at the scene of a crash,” says Operations Captain Andréa Speranza of HRFE. “The kinds of things we see can be horrific and the sad part is knowing how many lives will be affected by this one incident.”

Taking a moment to reflect on your own driving and vehicle maintenance practices could save a life. Simple actions like having vehicles regularly serviced, leaving adequate space between vehicles, driving for the road conditions and clearing snow and ice from vehicles in the winter can make a major difference. We all have a responsibility to share the road with other drivers and to drive safely. If you see someone driving in a way that is a threat to public safety, call 911.

When we hear the alarm for a motor vehicle collision I can tell you that a thousand scenarios run through my head. What will I face when we get there?

When we arrive, I assess how many vehicles we’re dealing with. Are people thrown from their cars? If so, where are the victims?

Are we dealing with a case of aggressive driving, in which there are angry people on scene? Is my team of first responders safe from inattentive drivers passing by?

We see horrific things, but the traumatic, lasting impressions are those in which emotional connections are made. We see distraught family members arrive at the scene, feeling so helpless. And then there’s the three-year-old girl one of our firefighters has at home, and we go to a call and can’t revive a three-year-old at the scene. Those are the tough calls.

On this day of remembrance, I want to stress the importance of prevention. Not every accident is preventable, but drivers can go a long way toward making things safer for themselves and others.

Make sure your car is regularly serviced. Clear the snow from your roof and de-ice your windows before venturing out on the road. Have your vehicle regularly serviced, leave adequate space between vehicles and drive to the conditions.

Benjamin Franklin came up with the quote, “An ounce of prevention is worth a pound of cure.” He first used that phrase about fire prevention but from my perspective, having responded to hundreds of crash sites, what drivers do before they get on the road can go a long way toward keeping them – and their loved ones – safe. 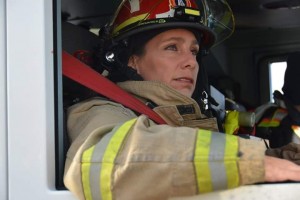 Cpl. Jennifer Clarke tells her story of responding to a fatal collision some 15 years ago.

I was working in a small community and was dispatched to a serious collision. I was working alone. Three young men were on their way back home from getting pizza in town…

When I arrived on scene, a passenger was pinned under a truck. It was a frantic situation where his friends were trying to get the truck off their buddy. A local farmer had offered assistance, and firefighters had also arrived. Both they and I knew how this scene was likely to end.

The driver was inconsolable; it didn’t make sense to him that this horrible crash could happen when they were just out having fun moments prior. I told him to stay with the other passenger and I would stay with his injured friend.

As I sat with the injured man on the side of the road, he was talking. Nothing was really making any sense, but I kept telling him we were doing all we could for him. I asked questions about his family and his friends and told him I would stay with him so he wouldn’t be alone.

It wasn’t very long before he stopped talking. When a tow truck pulled the truck off of him, he had passed away. That scene is still vivid many years later and serves as a reminder that things can change in the blink of an eye. Those young men were out having fun being together. They weren’t doing anything wrong, and that day changed them all. 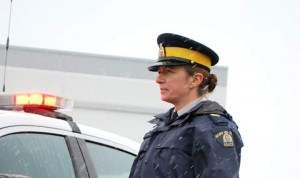 Motor vehicle collisions are some of the most stressful calls to receive, both as a ground paramedic and as a communications officer.

Often, when the 911 call is received, we have limited information because Good Samaritans call them in and often have no knowledge of what happened. For this reason, communications officers can’t convey a lot of information to ground paramedics in order to prepare them, and there’s a profound sense of helplessness.

On the ground, coding (driving with lights and sirens) to a motor vehicle collision can bring many concerns to the surface because of previously witnessed trauma. Not knowing what you may see, you try to prepare for the worst, but often you encounter scenes that will haunt you forever. 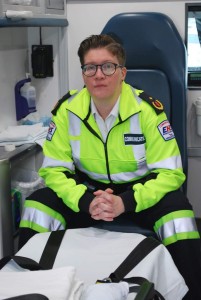