Back in June, I noticed a book title we were suddenly getting a lot of requests for at the information desk. The Ascent of Rum Doodle by W.E. Bowman. A new book? Nope: publication date – 1956. What could be going on?

Well, it seems that feature that a Globe and Mail feature had struck a major chord with our library users. Buried Treasures, sees current authors and other celeb types penning reviews for their favourite books that have drifted from our collective consciousness. Steven Smith’s absolutely glowing review of this mid-century tale of mountaineering claims it to be the “out-and-out the funniest book” Smith knows.

It got me thinking about humour and how maybe we could use a bit more of it in our days, and in our literary experiences. So here’s a few funny books to round out your summer reading:

When You Are Engulfed in Flames by David Sedaris: well, really anything by David Sedaris, who over the last ten years has become the name in humourous essays. His outlandish, biting and largely self-deprecating humour has made him a staple on bestseller lists since his first book Barrel Fever was released in 1994. A great read for a rainy weekend, or grab a copy of any of his books on audio, largely read by Sedaris himself. 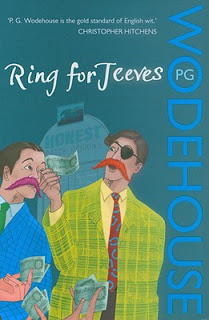 The Jeeves and Wooster stories by P.G. Wodehouse: I generally think of humour as something that doesn’t age well, but readers are still flocking to these light and funny stories of the English upperclassman Wooster and his reliable valet Jeeves. Situation comedy with a decidedly British bent. The library has recently acquired new editions of many of Wodehouse’s classics.

White Teeth by Zadie Smith: I recall having more than a few out-loud chuckles at the antics of Smith’s characters in her blockbuster first novel. Amazon.com said of the novel “… Smith takes on race, sex, class, history, and the minefield of gender politics, and such is her wit and inventiveness that these weighty subjects seem effortlessly light”

Things My Girlfriend and I Have Argued About by Mil Millington: ladies know about the humorous pleasure of Chick Lit, but novels featuring relationship foibles from the male perspective are somewhat less common. In Millington’s novel, Brit Pel Dalton narrates his story of modern love – and its hilarious off the rails moments – with his German girlfriend Ursula.

I Served the King of England by Bohumil Hrabal: this is a favourite of a friend of mine, who recommended it to me a number of years ago. It follows Ditie from his beginnings as an ambitious bellboy, through his career serving the wealthy of Prague and his downfall during the Nazi occupation of then Czechoslovakia. Obviously, it’s not all laughs, but there is more than enough to make you smile in this book that Library Journal described as “Sparkling with comic genius and narrative exuberance, this excellently translated novel by a major Czech writer brings into sharp focus the grotesque absurdities of recent Czech history.” The book was recently made into a prize winning film.

And finally, if you’re still looking for some laughs, I’d recommend you revisit this post from the Reader from a few months ago, about Richard Russo’s endlessly funny book Straight Man. Oh, and, so that I don’t face the wrath of my many co-workers who are huge fans of the hilarious Janet Evanovich, I’ll suggest a revisit to this post about her Stephanie Plum series which includes even more suggestions.