Home / Life / The Reader / New Fiction – Titles You Might Have Missed 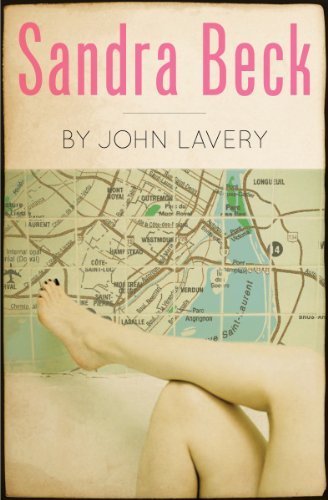 I don’t know about you, but I’ve got a little bit of year end best list fatigue. Don’t get me wrong, I love those sorts of lists, but at a certain point I just want to get back to normal and just read about books, whether they are the best or just ones that are going to interest me. Seems like a perfect time to revisit our recurring books you might have missed post. These are fiction titles, all relatively recent that have crossed my desk recently on their way into the collections. They aren’t ones that have gotten lots of hype, but that doesn’t mean they aren’t worth checking out.

My ranting out best lists seems a bit out of place now that with my first book I want to mention that this was named to the Globe and Mail’s Top 100 Books of the Year. But perhaps that’s some how in keeping: with my list fatigue its inclusion didn’t lead me to find it, but when it came across my desk a few weeks ago, I was very intrigued. Perhaps it’s just my current obsession with both Montreal and short stories (it’s set in Montreal and by an author who’s previously been praised for his short story collections), but it seems to go beyond that.

I like a book that reviewers seem to have a hard time describing—that can’t be neatly tied up in a few brief sentences—and this novel seems to be one of those. Even the publisher’s description is vague: “This is a book about many things: the struggling antics of adolescence, the banal delusions of solitude, the city of Montreal. But it is, above all, a deeply moving tribute to a woman who is both present and absent on every page.” Certainly this is a book about the titular Sandra Beck, but that’s about as much as I can get from the descriptions I’ve read. Few of the reviews I’ve encountered lay out a plot, instead they talk about character and language a lot. The National Post said “You’ll read John Lavery for the wildly energetic prose and for his surprising grasp of imagery. You’ll turn the pages to delight in the language…”, but I guess you’ll have to investigate yourself to find out what it’s about.

The Marriage Artist by Andrew Winer

The library catalogue offers this synopsis of the 2nd novel from an American author: “Searching for the meaning behind his wife’s suicide with her (suspected) lover, art critic Daniel Lichtmann discovers a link to pre-World War II Vienna, forgotten artist Josef Pick, and a remarkable woman.”

Managing to combine the seemingly divergent styles of quick pacing and lyrical writing, and using parallel narratives, Winer tells a story of love, loss and history that Kirkus magazine called “A tour de force of provocative ideas—about art, love, Jewish identity, survivor’s guilt, the fluidity of time and so much else—expressed through emotionally riveting characters”

Echoes From the Other Land {stories}
by Ava Homa

From a publisher that specializes in “new Canadian and world writing” this book seems to combine both of their focuses. A collection from a Iranian author living in Canada these are “haunting stories [that] beautifully evoke the oppressive lives of modern women in the Islamic Republic of Iran.