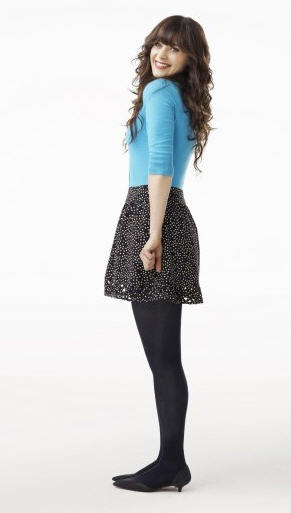 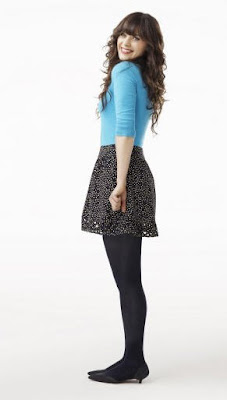 There’s been a tremendous amount of buzz surrounding Zooey Deschanel’s new comedy New Girl, and most of it had to do with whether or not you find Zooey herself charming.

There are a lot of words one can use to describe Zooey Deschanel. Quirky. Beautiful. Funny. Twee. Adorable. Dorky. And there you go, adorkable. That’s the word Fox was using the market her show, because that’s the character she’s playing. And there are people out there who find it hard to believe, or nauseating, or even in some cases, demeaning or anti-feminist. I heard some people say that only men would like New Girl, since they drool over Zooey but women should know better. (Or, you know, something along those lines.) Well guess what, world? I like Zooey Deschanel. I like her movies (some of them) her music (most of it) her website (www.hellogiggles.com, it’s great) her sense of style (usually) and her twitter feed. I enjoy her, and – gasp! – I can even relate to her.

There was a general feeling out there, when people started to watch the New Girl pilot, that someone as attractive as Zooey couldn’t be so nerdy and clueless. And sure, the helplessness thing is kind of played up for her character of Jess. (I’ll talk about the show soon, I promise.) But I really hate this idea that you can’t be both beautiful and nerdy. That if you’re pretty, you can’t suffer from insecurities or shyness or the inability to talk to other humans without feeling anxious. I hate the belief that all quirks must be manufactured, or that there’s something inherently wrong with liking rainbows and glitter and kittens. I like those things. I also pay my own bills and have an interest in politics and consider myself to be a pretty much fully formed adult. So I like Zooey Deschanel, and I think I’m going to like New Girl, and that’s OK. 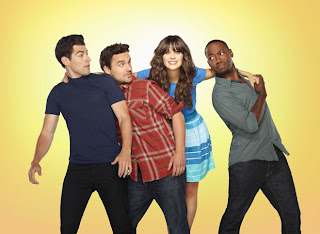 OK. Now onto the show.

Can I just say how glad I am that New Girl doesn’t have a laugh track? It puts it miles ahead already of 2 Broke Girls, which I did enjoy.

In New Girl, Zooey Deschanel plays Jess, a rather awkward and dorky (adorkable!) teacher who gets unceremoniously dumped by her boyfriend and moves in with three dudes. I thought this sounded kind of like a stretch when I read summaries for the show, but I liked how it was handled. Jess finds the guys on Craigslist, and thinks they’re three girls thanks to a very feminine ad listing. She goes through with the interview anyway, and overhears “She’s in” as the guys are debating whether its a good idea to let her be their new roommate. She even has to reassure her mom that they’re not all serial killers. The way Jess found herself in this situation felt very natural.

The bulk of the episode dealt with the guys helping Jess to get over her broken heart. There weren’t a lot of surprises, but it’s only a pilot and it did a good job of setting everything up. The characters definitely need to be developed, since they were pretty one-dimensional. I can’t even remember the cute broken-hearted bartender’s name. One was called Coach, but I think he gets replaced, and the other one is called Schmidt. You have to like him because he was on Veronica Mars, and don’t you think his smarminess is a little bit charming?

In Ken Tucker’s review on EW.com he mentioned that he didn’t like “the douchebag jar”, but I actually really liked that. It showed that the characters can be self-aware, that they’re comfortable taking criticisms from one another, and I want to see Jess become a part of that.

Even though the pilot wasn’t outstanding, it really peaked my interest for the show – and really, I think that’s all you can ask of a sitcom pilot. I think this show has potential to grow into something really different and charming – let’s hope it does!

Did you watch last night (or on iTunes or Hulu beforehand)? What did you think? And, do you think it entirely rides on your opinion of Zooey herself?