One of the fun highlights of this trip to Provence was attending the Roman Games in Nimes. You know how Civil War reenactments are popular south of the border? Well, picture that except on a much more epic scale. The fully operational Colosseum in Nimes was the backdrop for a reenactment of an actual Roman Game with participants from all across Europe. As spectators, you could even rent costumes for the day and wander around town dressed as different classes of Romans and Gauls.

It was a great event for history buffs and families. There really was just a little bit of something for everyone. I’m pretty sure there must be some YouTube videos of us wandering the streets of Nimes in full costume though… 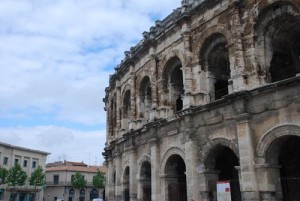 The best-preserved Roman arena in France. 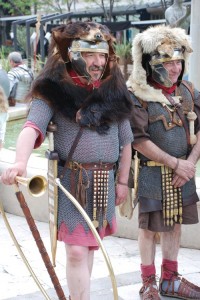 Roman legionnaires, Celts, the Imperial Court, auxiliaries, cavalrymen and war chariots were all in full costume in celebration of ancient Roman civilization. 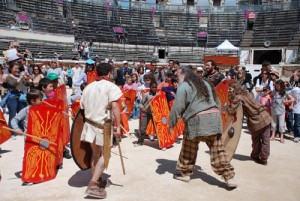 Before the Games began, the Colosseum was open for kids to participate in Gallic or Roman training. 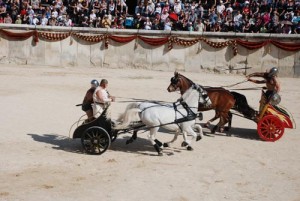 Part of the "Ludi" games, famous throughout the Roman Empire.

Coming up: a couple restaurant reviews. For more pictures of Provence, visit my Flickr photostream.

Nimes and the Roman Games
https://haligonia.ca/nimes-and-the-roman-games-39707/