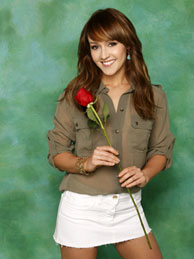 Yes, those are the words Ashley screamed at Chris Harrison when he informed her that Bentley was in Hong Kong (Was she really that surprised? Didn’t she basically ask to see him?) but they’re also the words I screamed at my television about 85 times last night – every time Ashley uttered the words “Bentley”, “closure”, or “moving on”.

So Chris Harrison paid a “surprise” visit to Ashley in her hotel room and told her that Bentley had arrived in Hong Kong and was staying in that very same building. “He’s literally flown halfway around the world, to Hong Kong, to see you and talk to you,” Harrison raved. OK, let’s be real here – it’s not like he flew out on his own dime. If Bentley was the one paying for all this jazz, the conversation would have been done via Skype.

At first, Ashley didn’t believe Chris Harrison. After all, how could he have known she wanted to see Bentley one last time? She only mentioned it to him twelve times! But Harrison promised The Bowlegged One that it was true. “I’m not going to mess with you,” he said. And then my mom said “No, he’ll leave that to Bentley.” 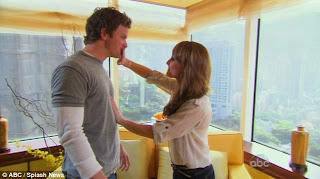 Ashley and Bentley’s conversation was…uneventful. Ashley tried to make their relationship seem bigger than it was. “I don’t know why you came into my life,” she told him. “Maybe it was for me to teach you something, or maybe it’s for me to learn from you, but maybe it’s to be together.” Door number two! Door number two! The lesson, incidentally, is that Ashley’s instincts are terrible.

They spoke of punctuation quite a bit. “Is this our period?” Ashley whined. Good lord. I get that the way he only sort of answered your questions and kept touching your leg had you confused, but pull it together, Ashley! That was pathetic! Ashley basically begged him to stay, or keep the “dot dot dot” (it’s called an ellipsis, losers) there, or something. It was unclear exactly what she wanted, but it sure as hell wasn’t closure she was looking for. Closure is what she got, though, and she left the hotel room angry and rejected. Bentley didn’t want her, that makes him a jerk, now she can move on and fully commit to her second choice. Cheers to that!

Frankly, the whole thing was incredibly boring and I would have much preferred to get to see Ashley watch footage of how Bentley was playing her for the first time. That would have been juicy. This was just weak.

They’re on a boat 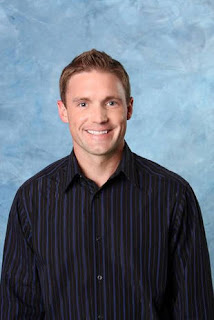 The first one-on-one date of the evening went to Lucas, the overbearing Texan that I’ve come to dislike. They were going to wander the streets of Hong Kong together, and my highest hopes for the date were that Lucas wouldn’t get into a fight on them, since he’d said it had happened before. Ashley, however, was in rebound mode and was on a mission to get to know him better.

As they dined on a boat, Ashley asked Lucas what the hardest thing he’d had to go through was – and that was his divorce. Hmm. Not as good as having a dead parent card to play on this show, but a decent heartbreak story. Lucas told Ashley that his first wife was “the love of my life” (so don’t expect to get that title, honey) but that she wasn’t the girl he should be with. Could he have been anymore vague? Ashley rosed him up and gave him a peck, which also happened to be their first kiss. Lucas asked permission for something with a little more oomph, and it was super awkward.

They’re all in boats 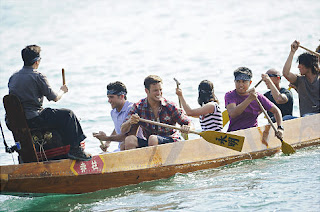 The next day, Ashley gathered Blake, Ben, Ames, Constantine, Ryan Sunshine, and Mickey for an Amazing Race style date. The guys were paired off (thankfully Ryan Sunshine and Ames were placed on different teams, considering one beat the crap out of the other during the last group date) and told to gather some more teammates for a dragon boat racing competition. Because what says romance like creeping out strangers in a foreign city? 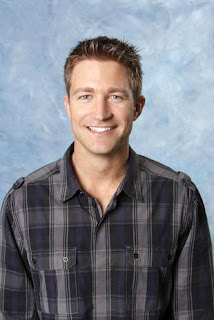 Ben and Constantine, or “Team Josh Groban’s Lost Triplets”, failed pretty miserably at attracting locals who could help row a boat, but at least they approached the thing with the right amount of humor. Blake reaped the benefits of Ryan’s intense cheerfulness that he’d been bemoaning, and they ended up with a pretty strong team assembled by a lot of smiling and thumbs-upping on Ryan’s part. In the end, though, Mickey and Ames took home first place, which was probably good for Ames’ ego after the boxing incident last week. Rowing is much more collegiate, so it must have played to his strengths.

Afterward, the men joined Ashley, who was donning a particularly trampy looking dress, for the requisite cocktail party. Despite taking an elevator trip and making out with Ames for over 30 floors, Ashley gave the rose to Ryan Sunshine. Of course, that didn’t go over well with the guys, who enjoy trashing Ryan behind his back only slightly more than they enjoy trashing him to his face. 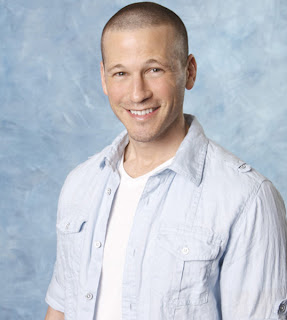 The final one-on-one date of the episode went to one of Ashley’s clear favorites, JP. The appeal of this guy is completely lost on me, but Ashley digs him. “JP is one of the most gorgeous guys I’ve ever seen,” she gushed. Oh, honey. Let me show you some pictures.

Ashley grilled JP a bit (he cried during his last breakup) and then decided she had to come clean about Bentley. The guilt was just eating away at her! Um, what? Why? Because she liked him? Ashley! You’re dating, like, eight guys at once! There’s no reason to feel guilty about liking one of them! Despite Ashley yammering on about how nervous she was and how she just had to tell JP how she’d been feeling, JP looked like he couldn’t have cared less. He gave her a few cliche lines like “Thank you for telling me” and “I’m glad we can be honest with each other” and whatnot, but what it seemed like he really wanted to say was “Are you going to finish your steak? Because I’m still hungry.”

Since her talk with JP went so well, Ashley decided it would be a great idea to tell ALL the guys how she’d fallen in love with Bentley. Really? Was this really necessary? Ashley thought so, and she was even looking forward to it. “I’m so excited to get this off my chest,” she said. “It’s gonna be great.” Um, maybe for you. Not so much for the guys who are about to be informed that they’re second, third, fourth or fifth fiddles to a guy with a kid named Cozy. Ashley gave the guys her spiel and, shockingly, applause did not follow as she’d hoped. No one patted her on the back or said “OMG, that’s so awesome that you got closure!” No, it was dead silence. And then there was anger. Constantine, Lucas, Blake and Mickey seemed to be the angriest. Or maybe Ben was mad, too, who can tell him apart from Constantine? 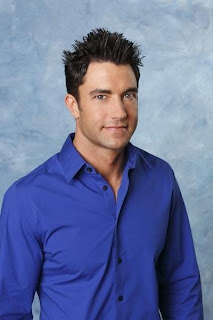 Ashley then started to speak with the guys one on one. Blake made her cry when he expressed his anger, I guess because she hadn’t realized that she’d be the only one excited about her news. Ames took everything quite well, but he always speaks as though he’s writing a poem or an English Lit paper or something. Mickey just couldn’t get over it, though, wondering what there could possibly be between himself and Ashley if she saw something in a douche like Bentley. He told Ashley to make him one of the two guys she had to send home that night, but she demanded that if he wanted to leave, he should leave. He left, and it was all splitting hairs, really – after that she only had to send one dude home.

Ashley was an emotional wreck when she met with Chris Harrison before the rose ceremony, but at this point that’s old news. Every damn time they have a rose ceremony she whimpers something about how it’s been a rough week. When has she ever had a good week? 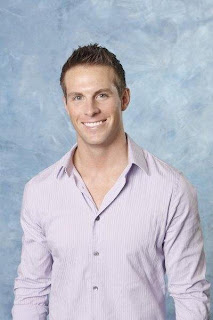 Lucas, Ryan Sunshine and JP already had roses, which meant that Ashley had to send home either Constantine, Blake, Ben or Ames. Since it didn’t look like Blake had ever told Ashley that her tears washed away his anger, it was pretty clear she’d cut him loose. Blake sailed away, looking forlorn and whining about how he was just looking for a friend.

You know where a great place to find friends is? NOT Bachelor Pad, but that’s where Blake is heading, along with William and one more mystery reject from this season of The Bachelorette. Will the final addition to TV’s slimiest cast (OK, second slimiest, I forgot about Jersey Shore) be Bentley? He’s an obvious choice, considering nemesis Michelle Money will also be there. I was a little surprised Blake signed up, but I guess I should just stop being surprised about things like this.

If you thought the return of Bentley would be the most dramatic thing to happen this season, you were wrong! It looks like Ashley’s bumpy journey is about to get even bumpier, as one reject returns and things go wrong at the final rose ceremony. Who wants to start placing bets on which guy breaks her heart? My guess is that she rejects Ben in the finals, chooses JP and he rejects her. But don’t forget no spoilers! This is all fun-filled guessing, folks.