Lucy Update:  Thanks you guys for asking about her ;-)  It’s been a week since I took her into the vet with her cough and gagging and where the vet said that she sounded as though she had kennel cough.  He diagnosed her on the sound of her cough because it sounded “characteristically” like kennel cough which is like a honking goose kind of a sound.  He said that it is highly contagious to other dogs and that she could have easily picked it up from another dog on the walking trail while she was at my Dad’s when we were on vacation. (I took her to the vet 3 days before that to update her on her vaccines.)  He said it’s usually viral and while he would prescribe her antibiotics in prevent any other infections, it would have to clear up on its on in about 2 weeks.  She seemed to be getting better, at least better than she was that day, but now her cough sounds more like wheezing and she usually does it when she first wakes up, a little bit in her sleep early in the morning and when she’s excited (like when we get home from work).

Here’s the thing:  If it is kennel cough I’m more convinced that she picked it up AT the vet when I took her in for her vaccinations.  It is more likely because she was around more dogs there directly than she was at my Dad’s.  My Dad has a 14 year old dog who is not vaccinated and who is also not sick!  It seems to me that if she had it when she went there (given how highly contagious it apparently is), she would have spread it to him and especially given his age he would get it for sure.  If she didn’t bring it there and picked it up there, it seems to me that he would still have gotten it!

She’s all finished with her antibiotics now and I’m waiting out this week. The animal hospital called to check on her and they said they would tell relay the update to the vet and see what he says.

If she’s not better by Monday, I’ll have to check with them again because that part doesn’t add up to me!  What if it IS something caught in her throat (the reason I brought her in to begin with) and it’s been there this whole time?!)  I am just being a worried mom, I know.  I will wait it out.  She’s completely acting like herself and everything is fine that way, but she’s still wheezing and coughing 🙁 (although not “as” bad).

Okay so on to today’s eats 🙂

myself up one mother of a smoothie!  In the blender went: 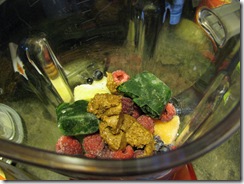 I ended up with enough for TWO people!  It’s so hard to judge!  I tried to pawn one off on the husband (mixing his up with some more real milk), but he didn’t care for the taste. I don’t get it!  I LOVED LOVED it!  It didn’t taste fake at ALL!  In fact, it had a really nice strong sweet flavour from the Berry mix!  It didn’t last me as long on the drive to work as it usually does 🙂 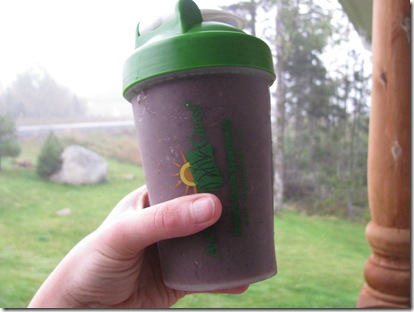 I put the other one in the freezer and I will have it another time I guess! (P.S. Don’t take hubby’s reaction too seriously, he does not like vegetables or even much fruit, but he’s working on it!) 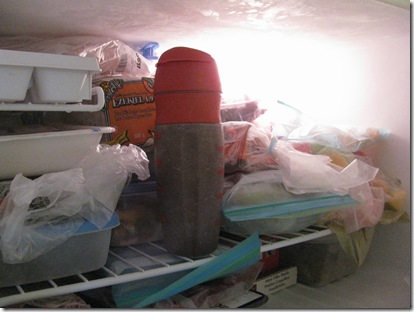 Later on in the morning, I supremely enjoyed a Honeycrisp apple (Yum!): 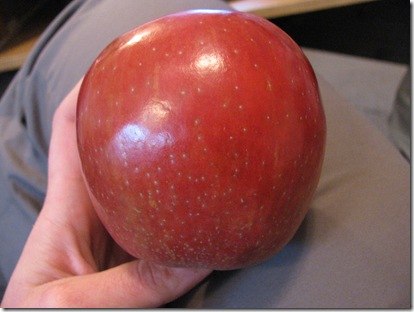 Last night I was almost late for my massage therapy appointment when my computer reminded me 10 minutes before the appointment so I was out the door like a flash.  By the time I got back I had little time to prepare a lunch for today, so I thought I would use today as my Local Jo Cafe & Market lunch of the week.  I frequent this place and love it’s quaint rustic cafe feel and the food has always been good :-)  (Plus they also sell local produce and local meats!).

Today’s special was “Jo Fritatta with Vinaigrette & Carmelized Onion.”  I wasn’t sure what to expect, but was willing to give it a 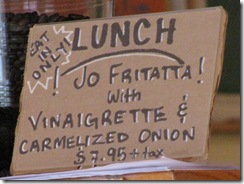 Someone made a caramelized onion dip at my neighbours pot luck party a few weekend’s ago and it was YUM-O. 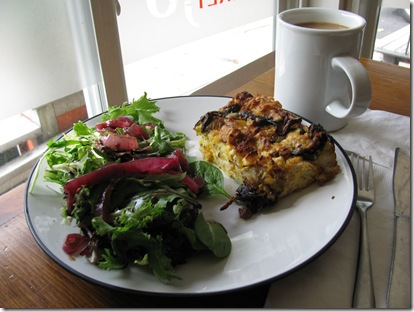 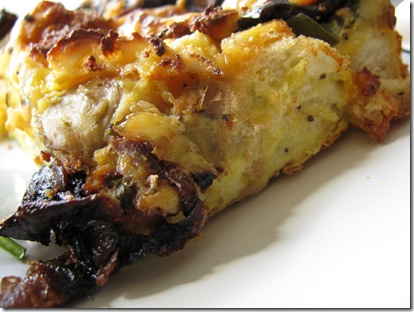 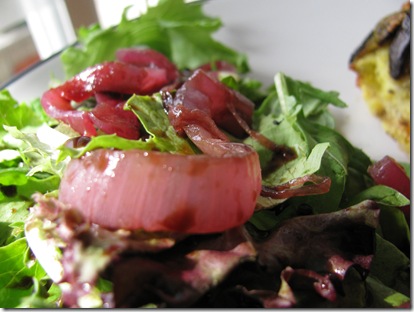 The have fantastic coffeeeee: 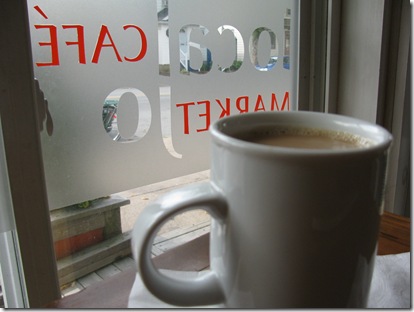 Another stop on my “Yogurt Tour of America” this afternoon for 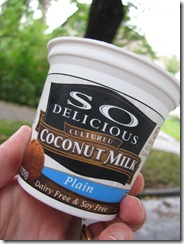 a snack!  I still have a few select yogurts left from my Whole Foods loot in Maine and today I decided to give the So Delicious Plain Coconut Yogurt a try.

Did I like it? Well ‘yeah’ but even if I could buy it here, I’m not sure if I would.  It did have a nice coconuty flavour for a “plain” yogurt, but the consistency was kinda strange.  I did like it, but definitely love the ice cream version better!

Fish for Supper!  I tried the other frozen organic salmon that I bought at the Superstore and one thing surprised the heck ouuta me:  I think I may have been more excited about having those fantastically fresh Brussels Sprouts that I bought in Mahone Bay than I was for the salmon!  And I LOVE salmon!  I can’t believe I never discovered brussels sprouts until recently.  I’ve been missing out! 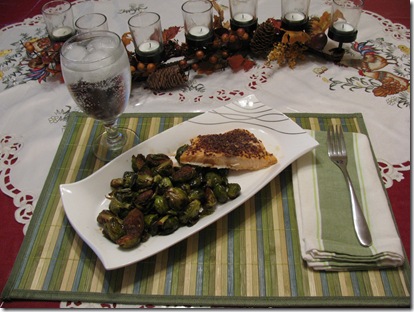 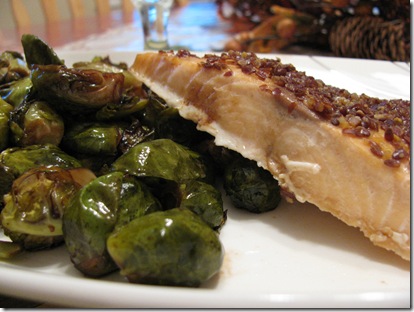 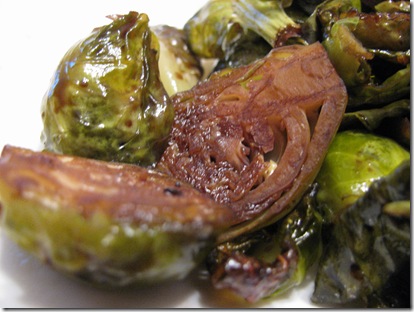 The salmon was awesome too.  I drizzled on some maple syrup, sprinkled the top with the Omega Crunch salad flax and sprinkled these maple flakes on top of that: 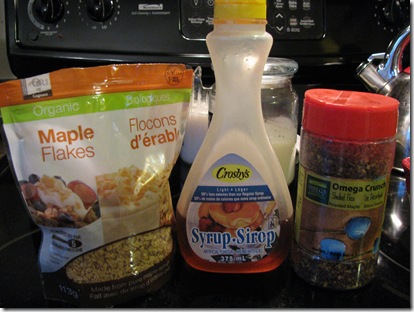 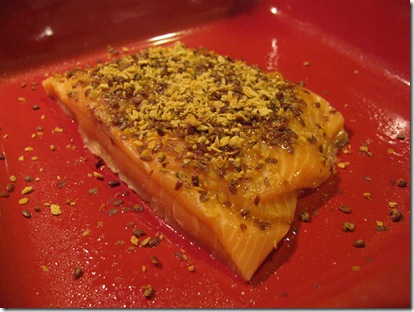 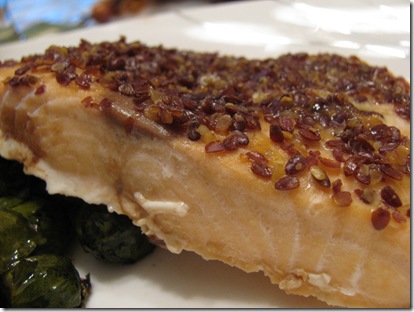 Random change of topic:  I haven’t exercised in FOREVER and I don’t like it!

Not Enough Can Be Said About Caramelized Onions
https://haligonia.ca/not-enough-can-be-said-about-caramelized-onions-6996/