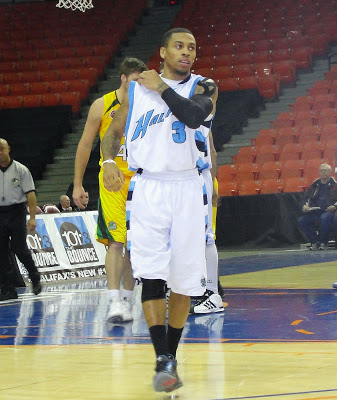 RAINMEN 147, GREENHAWKS 105
Rainmen Record:  9W-2L
The G’s, Gary “G-Smooth” Ervin and Garry Gallimore along the rest of the Rainmen flat out dominated the struggling Maryland GreenHawks on Saturday night.  Gary Ervin notched the franchise’s first triple double with his impressive line: 14 pts, 12 boards and 13 assists.  Maryland struggled to get their offense going while Halifax on the other hand, had no problem with their offense, putting up a season high 147 points.  Halifax had such a significant lead early on that Coach Berry was able to utilize his bench down the stretch.  Everyone got a piece of the action as Halifax had eight players score in double figures.  Halifax blew the game wide open with a 47-point third quarter.

Halifax’s Canadian content looked impressive in the win.  St. FX alum and Ottawa native, Garry Gallimore had his best game of the season finishing with 26 points which included a couple of thunderous jams that sparked a Gallimore flex to the crowd.  Toronto native, Jevohn Shepherd also had a nice showing with his 12 pts, 6 rebounds and 2 assists.  He also had a nasty dunk late in the game that brought the Halifax crowd to their feet.

For the GreenHawks, Byron Mouton led the way with 23 pts while the PBL’s 5th leading scorer, Scooter Sherrill, finished with 21 pts, 5 rebounds and 4 assists.  Oh…. and Halifax’s favourite player to heckle, Randy Gill, scored 10 points in the loss. 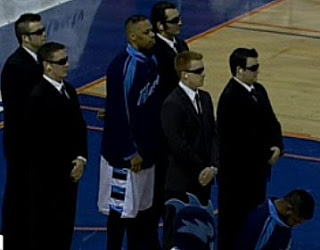 “Gallimore’s offensive tour de force included 10-of-13 shooting from the floor, four treys in five attempts and a pair of resounding dunks, the first of which came early in the fourth quarter when he stripped the ball from GreenHawk guard Randy Gill at halfcourt and went in for an uncontested slam.”

“If there was one blemish on the night, it was the fact the Rainmen let the Greenhawks reach the 100-point plateau. The Rainmen, who boast the PBL’s best defence, had only allowed 100 points three times this season. But they did manage to hold the Greenhawks to 20 in the final quarter.”

Up next, the Halifax Rainmen have probably the biggest game of the season when they face off against the Puerto Rico Capitanes.  Do the Rainmen have what it takes to defeat the league leaders?