People Of Walmart is as much of a statement on society itself as it is (unfortunately) addictive, and some would say it’s horribly classist.  The "icanhascheezburger" style user-submitted photoblog has been getting a lot of attention lately thanks to social networking sites.  From the site’s about page:

‘People of Walmart was founded in August of 2009 by three friends and roommates after an inspirational trip to WalMart. Let’s face it; we all have seen the people who obviously don’t have mirrors and/or family and friends to lock them in a basement, and they all seem to congregate at Walmart.’ 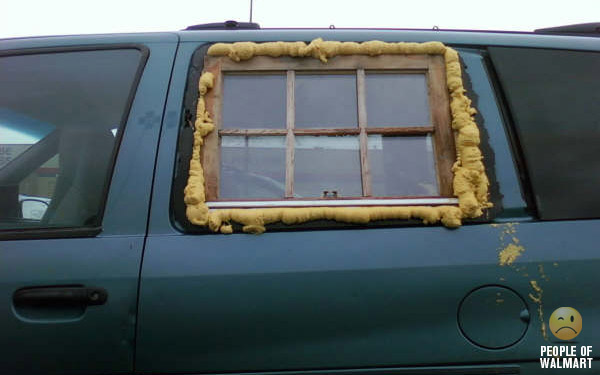 This pic from our own Sydney Nova Scotia Wally-World is featured on the front page.

Most of the pics on the site look like they’ve been snapped on cameraphones – who’d have thought that one of the most popular examples of a moblog would be this?