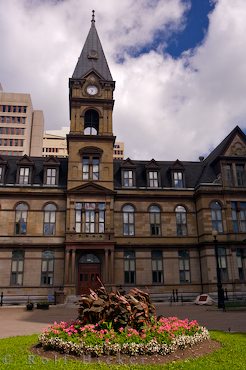 HRM Release:
Mayor Peter Kelly expressed regret today following a security breach at Stanfield International Airport on Thursday morning. During a routine check airport security officers found a 9 mm  bullet in Mayor Kelly’s carry-on briefcase. The bullet was seized and the Mayor was questioned. He took a later flight to Toronto to attend the Big City Mayors Caucus meeting. “I apologize wholeheartedly to the security personnel and Stanfield International for my oversight. I would never have intentionally caused a security breach and I am suitably embarrassed,” he said.

The Mayor explained that he found the bullet several weeks ago in the Grand Parade and had every intention of turning it over to Halifax Regional Police. “I had my briefcase bag in my office at the time and threw the bullet in the bag and, unfortunately, forgot about it until airport security found it this morning.”