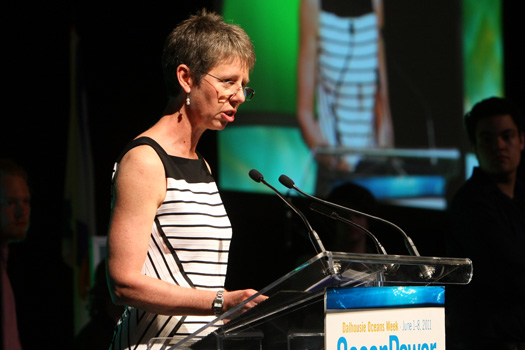 At least, she tried to apologize – moments before her microphone was disabled and she was strongly advised not to continue due to pending legal action before the courts. Speaking on a point of personal privilege, Watts states:

"I'm making this statement as a Halifax Regional Councillor and as a resident of this municipality.  I deeply and sincerely apologize for my role in the unfolding of events that took place with the enforcement of eviction…"

Council refused any public explanation over Occupy Nova Scotia's occupation of Victoria Park, after ending an in-camera motion by Councillor Debbie Hum earlier on Tuesday to discuss the matter publicly.  The motion was then put on the public agenda in the evening, only to be voted down after another warning from the municipal solicitor about pending legal cases surrounding the events of November 11th.