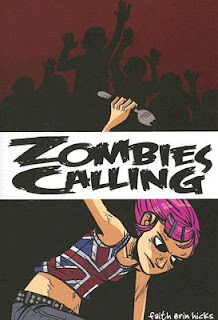 Here’s a contribution to our Halloween celebrations from guest blogger Eric.

Whether they come from magic, mad science, or flukes of nature, the zombie has nestled in our hearts and eaten our brains. Just as vampires saturated the horror, romance, and fantasy genres in the 80’s and 90’s, these shambling monsters have begun to show up everywhere…films, comics, novels, even handbooks! So lock your doors, carry a baseball bat at all times, and read up on the culture of the zombie!

Hamilton, Laurell K. Anita Blake Series. The Laughing Corpse is the second title in the series, but focuses on our heroine’s first career…Animator of the dead. 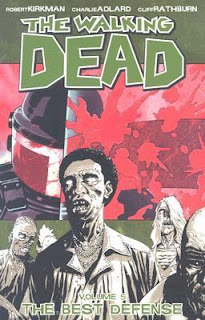 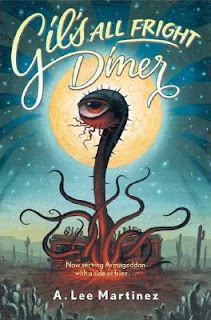 Martinez, A. Lee. Gil’s All Fright Diner. Zombies attack a greasy spoon in the deep South. Only a redneck werewolf and a bald vampire geek can hold them back.

Hicks, Faith Erin. Zombies Calling. When someone says there are zombies outside, believe them. Err on the side of caution.