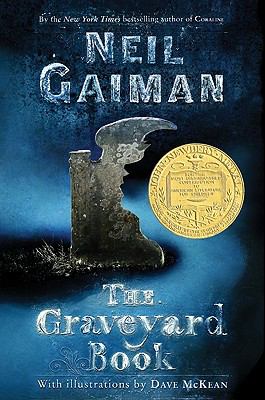 From Oliver Twist to Harry Potter, the plight of the orphan has tugged at the heartstrings of readers for generations. What is the appeal of these stories? Well, aside from the pity they evoke, without the protection of a loving adult, orphans can fall into dangerous and exciting adventures. They have the freedom to make wrong decisions that watchful parents would prevent.

Take, for instance, Nobody Owens, the hero of Neil Gaimen’s Newbery winner, The Graveyard Book. Bod, as he is called, was orphaned when his family was murdered by a knife-wielding serial killer. Although Bod was only a toddler at the time, and was the prime target of the killer, he managed to slip away into a local graveyard, where he is adopted by the resident ghosts, who can keep him safe as long as he stays in the graveyard. In this nod to the “Jungle Book” , Bod grows up with multi-generational cast of characters from different historical periods. Throw in witches, demons, possibly a vampire and the continual threat of the killer, and you have a bone-chilling tale which redefines what “family” means.

At the beginning of Journey to the River Sea by Eva Ibbotson, we have a somewhat unusual circumstances for an orphan in fiction. Maia, an orphan living in at a boarding school in England circa1910, is happy in her situation and has come to terms with her parents death. Nevertheless, she is delighted to learn that she has relatives in Brazil who have invited her to live with them, imagining adventures in the wilderness and becoming best friends with the twin girl cousins who are her age. Unfortunately, once she arrives, she finds her relatives shut out the jungle they live in and try to pretend that they are still in England, and the real reason they’ve invited her is for the stipend they receive from her parent’s estate. Maia grows to love her exotic new home on the Amazon and manages to sneak out and meet up with two other orphans with whom she has crossed paths: Clovis, a traveling actor, who longs to return to England, and Finn, a rich heir, who would rather live with the natives than be sent to the British estate where his grandfather eagerly awaits his arrival. The plot thickens as all three of the children attempt to escape their undesired fates. A great, old-fashioned saga with a unique location, this novel will certainly appeal to those who enjoy adventure and historical fiction.

Fans of Gothic fiction, with mustachio-twirling villains, supernatural elements, crumbling castles and maidens-in-peril will thoroughly enjoy Phillip Pullman’s combination of melodrama, humour, suspense and horror, Count Karlstein. Pullman, (best known for the remarkable His Dark Materials series) tells the tale of orphan sisters Lucy and Charlotte, whose evil uncle Count Karlstein has promised to serve them up to Zamiel the Demon Huntsman on All Souls’ Eve, in exchange for his own life. Can Lucy and Charlotte outwit their uncle and his oily henchmen to escape their dreadful fate? With the help of rich and colorful characters including the resourceful maidservant Hildi, the bumbling Sergeant Snitsch, the slick debonair outlaw Doctor Cadaverezzi (with his Cabinet of Wonders) and the formidable governess Miss Davenport, the girls may just escape the Hounds of Hell.