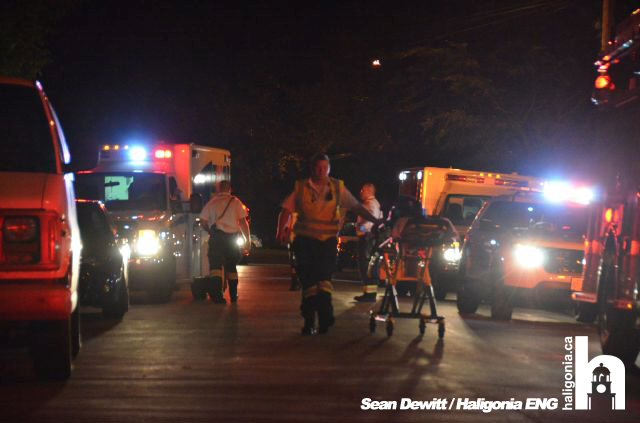 At 1:47 AM patrol members, HRM Fire and ambulance services responded to the 900 block of Brussels Street in Halifax to a third story deck collapse.

Approximately 7 persons were on the third story deck which suddenly collapsed onto the second story deck which also had people on it.  The deck then crashed to the pavement.  Five occupants were taken by ambulance to the QE II hospital and one went on their own.  Injuries sustained are serious but not considered life threatening at this time. All injured persons were in their early 20’s, four females and 2 males.   An identification officer attended the scene which is being held by police until an HRM building inspector can attend.   Members of the General Investigative Section will continue to investigate this incident.