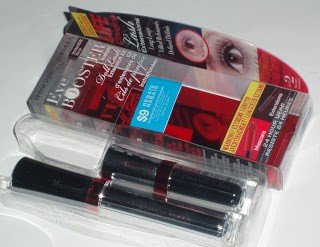 The kit includes a Lash Boosting mascara and a Lash Extensions (fiber) tube for a 3-step process similar to that of Too Faced Better than False Lashes Extreme.

Let’s take a close look to the wands in both tubes. 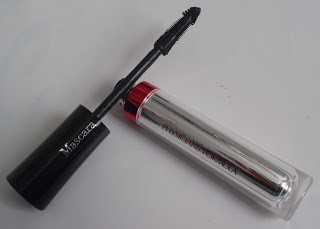 The mascara (0.20oz/ 5.8g) has a normal tapered brush, except for that little arrow pointed tip which I assume to touch up the lower lashes vertically but I don’t find it necessary.

It does the job as prepping the lashes for the fibers and sealing them in afterward, but I am not sure if it has any boosting effects specifically.

A problem I have with this mascara is the amount of product left at the neck of the tube once the wand is pulled out. It is messy! The Extensions tube (0.01oz/ 0.3g) also requires some patience 🙂 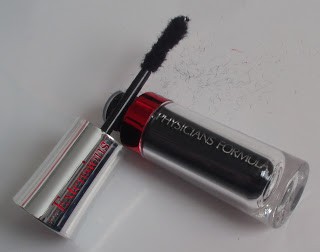 “Stray extensions” (the brand’s words) are almost unavoidable when you pull the wand out of the tube (see the dust on the background in the pic), so be careful not to get them on your clothes.

Not on your eyeballs either, as a matter of fact. The brand suggests to tap the brush to release excess product before brushing it on the lashes (when the mascara is still wet), but you already know the risk of some fibers land inside your eyes and create discomfort.

Out of the multiple times I tested this kit, I had fibers on my cornea twice, which involved a lot of blinking through the day until I could wash my face (and eyes). If you haven’t tried a fiber extension system, give it a go, as long as you know its cons 🙂