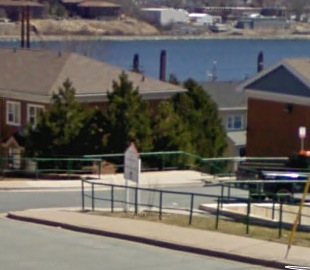 Police are looking for a suspect after an incident that saw a pizza driver get robbed.

View Larger Map
At 745 pm police responded to a robbery at the 100 Block of Jarvis Lane. A male pizza delivery driver was threaten at knife point by the suspect. The suspect demanded money but was scared off by a vehicle that pulled into the parking lot nearby. The suspect then sprayed  what is believed to be mace into the face of the victim , grabbed the food that was being delivered and fled. The suspect was described as a slim black male 5"10 wearing all black baggy clothes. The male victim was treated at the scene by EHS, and released.