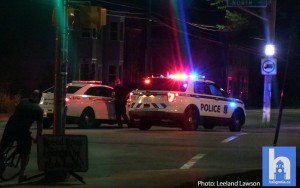 At 10:46 p.m. on July 3, two patrol officers reported hearing what they believed to be several gun shots in the area of Uniacke Street. Several additional police units responded but did not locate a scene or any evidence of a shooting. 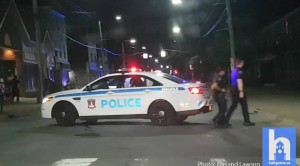 On July 4 investigators were able to identify the location where the shooting had taken place. Patrol members searched an area in the 5000 block of Heron Walk and located two homes that had sustained damage as a result of bullet holes. Police spoke with the residents of the homes and confirmed there were no injuries.

The General Investigation Section continues to investigate the incident and is asking anyone with information to contact police at 902-490-5016. Anonymous tips can be sent to Crime Stoppers by calling toll-free 1-800-222-TIPS (8477), submitting a secure web tip atwww.crimestoppers.ns.ca or using the P3 Tips App.

Police are investigating a report of shots fired in Halifax
https://haligonia.ca/police-are-investigating-a-report-of-shots-fired-in-halifax-242860/