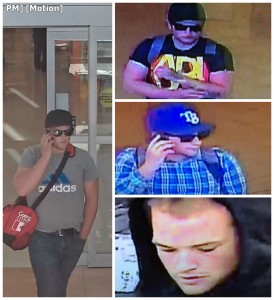 Halifax Regional Police patrol officers have arrested a man in connection with eleven shoplifting incidents that occurred throughout July.

Between July 5-28, officers responded to eleven separate reports of shoplifting at two different Atlantic Superstore locations. Nine of the thefts occurred at the Portland Street Superstore in Dartmouth and two at the Joseph Howe Drive store in Halifax. In all instances, a man left the store without paying for a number of items. In most of the incidents he took a large number of DVD’s, but on one occasion he stole a few sets of earphones.

Police thank the public and the media for their assistance in this matter as a tip from a citizen assisted in identifying Joseph LeRoy.