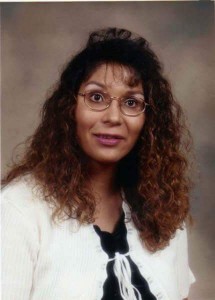 Today marks the ninth anniversary of the murder of Tanya Brooks and homicide investigators in the Special Investigation Section of the Integrated Criminal Investigation Division continue to investigate the case.

Tanya’s body was discovered in a trench along the west side of St. Patrick’s-Alexandra School on May 11, 2009 at 2:17 p.m. Investigators were able to trace her movements until approximately 9 p.m. on Sunday, May 10 and urge anyone who witnessed anything around the school after that time to contact police. Investigators believe that Tanya knew her assailant(s) and that there are people who know what happened to her who haven’t spoken to police.

This case is also a part of the Nova Scotia Department of Justice Rewards for Major Unsolved Crimes Program which can be reached by calling toll free 1-888-710-9090;callers must provide their name and contact information, and may be called to testify in court. All calls will be recorded. The amount of the award will be based on the investigative value of the information provided. https://novascotia.ca/just/Public_Safety/Rewards/case_detail.asp?cid=63