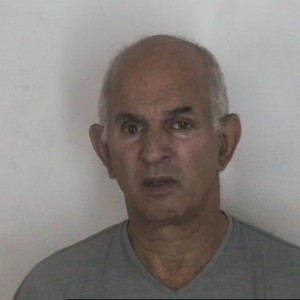 Police continue to investigate the 2008 murder of Daniel Newman

Today is the 10th anniversary of the homicide of Daniel Martin Newman and investigators are continuing to ask anyone with information to come forward to police.

On June 1, 2008 at approximately 3:30 a.m., Daniel’s body was discovered in a pathway near the former St. Patrick’s-Alexandra School on Maitland Street in Halifax by people who were walking home through the area. The Medical Examiner determined that Daniel, 65, had been stabbed.

Investigators believe there are people who have information that could help solve Daniel’s murder. No matter how insignificant the information may seem, it could be that missing piece of the puzzle that will advance the investigation.

Investigators are asking anyone with information about Daniel’s murder who hasn’t already spoken to police to call 902-490-5016. Anonymous tips can be sent to Crime Stoppers by calling toll-free 1-800-222-TIPS (8477), submitting a secure web tip at www.crimestoppers.ns.ca or texting a tip using the P3 Tips App.

Police continue to investigate the 2008 murder of Daniel Newman
https://haligonia.ca/police-continue-to-investigate-the-2008-murder-of-daniel-newman-240516/