Police continue to investigate the disappearance of Leonette Purcell 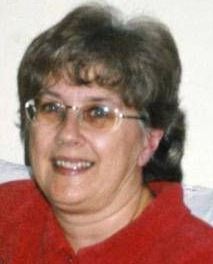 Today marks  the  15th anniversary of the disappearance of Leonette Purcell.

On December​ 16,​ 2004,​ 56-year-old Leonette Purcell of Grand Lake was reported missing by her family. She was last seen on the morning of December​ 16 at their Grand Lake residence but was not home later in the day when a family member returned home. Leonette Purcell has not been heard from since that day. Items in the Purcell’s home appeared out of place or disturbed compared to normal routine. An extensive search in the area of Grand Lake failed to reveal her whereabouts and police believe her disappearance is suspicious.

Leonette Purcell is described as a white female, 5-foot-2 and 135 lbs, with brown hair and blue eyes.

The Government of the Province of Nova Scotia is offering rewards of up to one hundred and fifty thousand dollars ($150,000) for information leading to the arrest and conviction of the person(s) responsible for the disappearance of Leonette Purcell. The Provincial Rewards line is​ 1-888-710-9090.

Anyone with information about this incident is asked to contact Halifax District RCMP at​ 902​ 490-5020.​ Should you wish to remain anonymous, call Nova Scotia Crime Stoppers toll free at 1-800-222-TIPS (8477), submit a secure web tip at www.crimestoppers.ns.ca, or use the P3 Tips App

Police continue to investigate the disappearance of Leonette Purcell
https://haligonia.ca/police-continue-to-investigate-the-disappearance-of-leonette-purcell-272986/