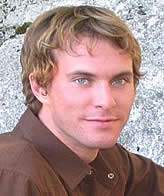 Today marks the 10th anniversary of the murder of Jonathan William Reader and investigators in the Special Investigation Section of the Integrated Criminal Investigation Division continue to investigate the case.

On August 7, 2005 at 4:10 a.m., officers responded to the intersection of Radcliffe Drive and Dunbrack Street and found 19-year-old Jonathan Reader unconscious in the roadway. He was transported to hospital where he died a short time later from his injuries. Autopsy determined that Jonathan was the victim of a homicide inflicted by blunt force trauma which police believe the incident occurred at the location where he was found.

Investigators determined that Jonathan had been in downtown Halifax at the Pacifico Bar and Grill with some friends and left at approximately 1:57 a.m. in the company of a woman. Jonathan was last seen at approximately 3:20 a.m. walking alone on Dutch Village Road in the direction of Lacewood Drive in Halifax.

This case is also part of the Nova Scotia Department of Justice Rewards for Major Unsolved Crimes Programs:  http://novascotia.ca/just/Public_Safety/Rewards/case_detail.asp?cid=3

Police Continue to Investigate the Murder of Jonathan Reader
https://haligonia.ca/police-continue-to-investigate-the-murder-of-jonathan-reader-109987/