At 9:55 p.m. 19 April, Halifax Regional Police responded to a report of a single motor vehicle collision with a suspected impaired driver in the area of Massachusetts Avenue and Robie Street Halifax. 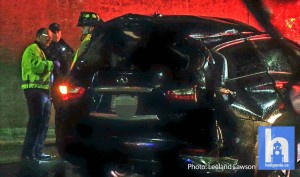 Callers reported a suspected impaired driver speeding from Dartmouth across the MacKay Bridge. The vehicle travelled up a grass embankment at the end of the MacKay Bridge and drove over a cement wall, causing the vehicle to turnover landing on the roof. 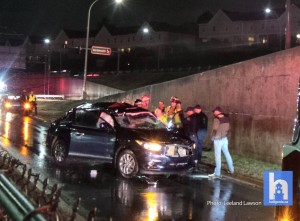 No one was injured in the collision. The single occupant was arrested for impaired driving and failed the breath test.

The 40 year old male form Tantallon will be charged with impaired driving offences and attend court in Halifax at a later date. 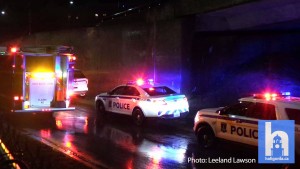 Traffic on Massachusetts Avenue was reduced to one lane temporarily and is now re-opened.