Evan Arsenault, 18 of Dartmouth, has been charged with assault with a weapon, aggravated assault, assault,​ uttering threats and possession of a weapon for a dangerous purpose.

Arsenault is scheduled to appear in Dartmouth Provincial Court today.

– The victim’s injuries are non-life threatening.
– The suspect is held for court in Dartmouth and is facing charges of:
Assault with a Weapon, Aggravated Assault, Assault,​ Uttering Threats and Possession of a Weapon for Dangerous Purpose. 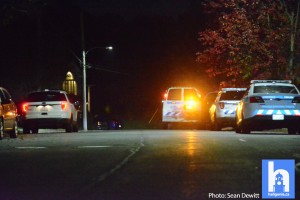 At 7:18 p.m. 15 October, Halifax Regional Police responded to a report of an injured male with a stab wound in the 0-100 block of Lancaster Drive Dartmouth.​ Patrol officers responded and located the injured male (58 yrs), with a life-threatening stab wound and arrested the suspect,​ a 18 yrs old male​.  Police will be securing the premises for a Search Warrant.​ ​

Police are not looking for any other suspects, both males are known to each other.​ The injured male has been transported to the hospital.​ ​ Investigators with the General Investigation Section of the Integrated Criminal Investigation Division are conducting the investigation, which is in the early stages.

Police are asking anyone with information about either incident to call police at 902-490-5020.​ Anonymous tips can be sent to Crime Stoppers by calling toll-free 1-800-222-TIPS (8477), submitting a secure web tip at www.crimestoppers.ns.ca or by using the P3 Tips app.