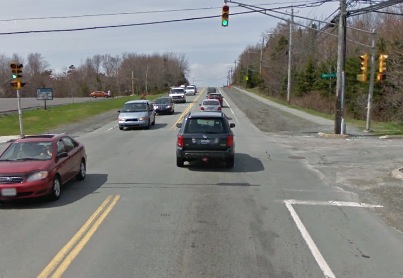 From HRPD:
Halifax Regional Police Accident Investigation Unit is currently at the scene of a serious accident in Bedford.

Police responded to the intersection of Damascus Road and Duke Street at 1:57 p.m. in relation to a crash involving two vehicles. The initial investigation indicates the vehicles, a silver Volkswagen and a black GMC SUV, were traveling in opposite directions on Duke Street. Investigators believed that one of the vehicles turned in front of the other and was struck.  The three occupants of the Volkswagen were transported to hospital with what are described as serious injuries. The lone occupant of the SUV was not injured.
View Larger Map
Motorists traveling in that area should expect delays and are advised that access to Walmart from Duke Street has been shut down while officers conduct their investigation. Anyone who witnessed the accident is asked to contact police at 491-5016.