Update: Members of The Halifax Regional Police, Integrated General Investigative Section took Monteith into custody this evening.​ He was arrested without incident at a residence in Dartmouth and the investigation is ongoing.​

Monteith will appear in Dartmouth Provincial Court on Monday November 4, 2019. 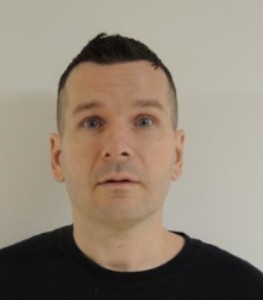 Investigators in the General Investigation Section of the Integrated Criminal Investigation Division have issued an arrest warrant for Peter Guy Joseph Monteith in relation to a recent robbery at the Scotiabank in downtown Dartmouth. 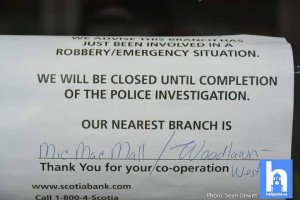 At approximately 10:15 a.m. on October 9, police responded to a robbery that had just occurred at the Scotiabank located at 91 Portland Street in Dartmouth. A man came into the bank, jumped the counter and took cash from the teller.

There were no weapons seen and there were no injuries reported. The man fled the area on foot with an undisclosed amount of cash. 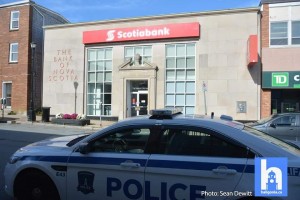 Monteith, 43, is described as a white male, 5’11”, 188 lbs with brown hair and green eyes. He is believed to be in the Halifax-area and police are currently searching for him.​

Members of the public are asked to not approach Monteith or take matters into their own hands. Anyone who has information regarding Monteith’s whereabouts or sees someone matching his description is asked to call Halifax Regional Police at 490-5020. Anonymous tips can be sent to Crime Stoppers by calling toll-free 1-800-222-TIPS (8477), submitting a secure web tip atwww.crimestoppers.ns.ca or using the P3 Tips App.