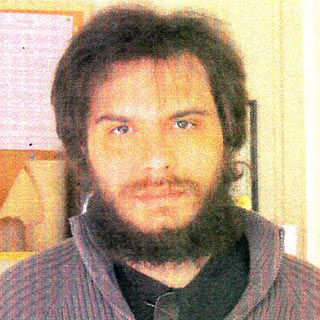 Halifax Regional Police is seeking the public's help in locating a missing Halifax man.
Thirty-three-year-old Armand Okur was last seen on July 24 at 12 p.m. when he left his residence in the 2600 block of Gottingen Street and failed to return. He has wandered off before and was located in Dartmouth. Armand is Turkish but does not speak with an accent, is 6’ tall, 200 lbs., with brown hair, a scruffy beard and wears glasses. It is unknown what he was wearing when he left.
At this time there is no evidence to suggest that Armand has met with foul play. He requires medication and without it may become disoriented. Police request that Armand, or anyone with information on his whereabouts, call Halifax Regional Police at 490-5016 or their local police department.