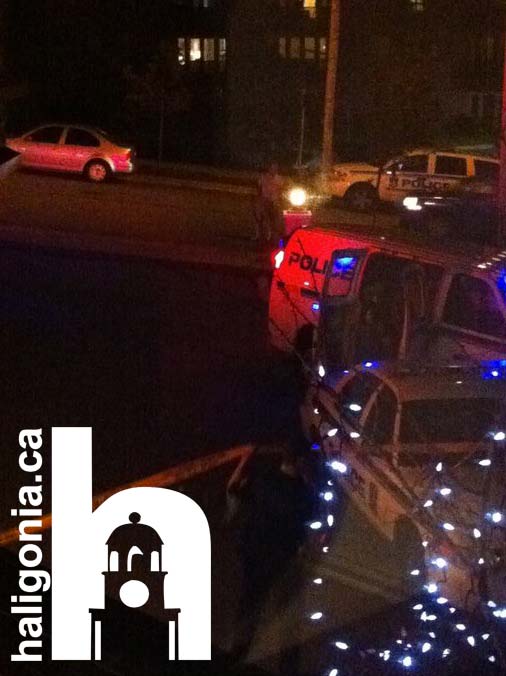 Halifax Police taped off the entrance of an apartment complex in the Clayton Park/Bayers Lake area of the city after an incident.

Two People Face Attempted Murder Charges
Two people face attempted murder charges after an incident last night
in Fairview.
At approximately 8:30 p.m., a 21-year-old man was walking in the area
of Main Avenue and Veronica Drive when he was approached by a man who
was known to him. The suspect pulled out a knife and a struggle ensued
resulting in the victim being cut. The victim made his way to the 600
block of Regency Park Drive where the suspect assaulted him again
resulting in another knife wound. The victim was able to wrestle the
knife away from the suspect and at that point, a second person began
assaulting the victim. Both suspects fled the area in a vehicle being
driven by a third person. The victim was taken to hospital with injuries
that are described as life-threatening.
At 9:50 p.m., officers observed a male on Evans Avenue acting in a
suspicious manner. The officers spoke with him, determined that he was
one of the suspects involved in the assault and arrested him without
incident. At approximately 12 a.m., a second suspect was arrested
without incident on Vimy Avenue.
A 19-year-old man and a 16-year-old male youth, both of Halifax, are
scheduled to appear in court today to face charges of attempted murder
and assault with a weapon. The man faces additional charges of
possession of a weapon and carrying a concealed weapon, while the male
youth faces two additional charges for breaching his conditions. The
investigation is on-going and investigators are seeking a third suspect. 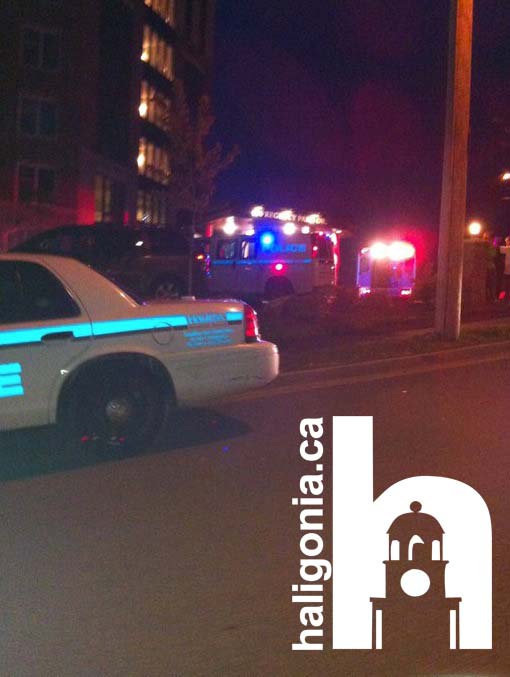 Police on scene after stabbing in Clayton Park
https://haligonia.ca/police-on-scene-after-stabbing-in-clayton-park-39751/