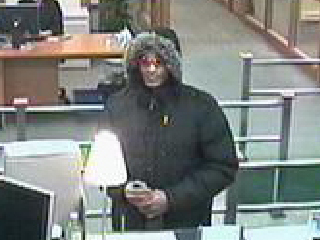 Police Release Photos Of Man Who Attempted To Rob Bank

Officers assigned to the HRP/RCMP Integrated General Investigation Section are requesting the public’s assistance in identifying a suspect in an attempted bank robbery.
On January 10 at approximately 1:50 p.m., a man entered the TD Canada Trust located at 590 Portland Street. He approached the teller and handed her a note demanding cash. Before the teller could do anything, the male turned and walked out of the bank. He was last seen walking towards Portland Street on foot. No one was injured during the incident and the suspect did not obtain any money from the bank.
Police are releasing pictures of the suspect and asking for the public’s help to identify him. He is described as a black man, approximately 40-years-old, 6’ tall with a thin build. At the time of the incident he was wearing sunglasses and a dark coloured winter parka with a fur trimmed hood. 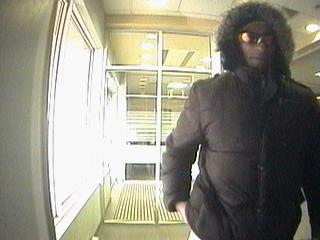 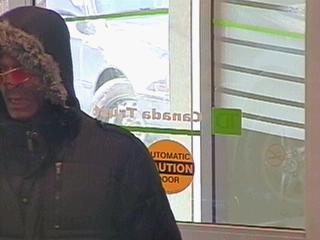