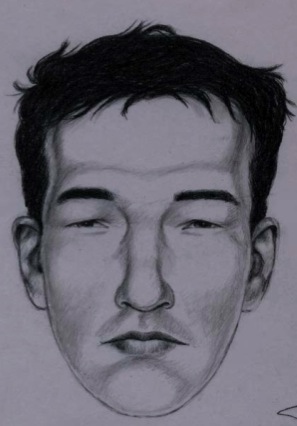 From HRPD:
Investigators from the HRP/RCMP Integrated Major Crime Section are
asking for the public’s help identifying a man from a break and enter
in the west end of Halifax.

On Saturday May 1 at 4:40am a man entered a residence in the 6500 block of
Edinburgh Street. The residence was occupied at the time with a family
of four and the suspect entered one bedroom, woke the female resident
and began conducting and indecent act before being confronted and
fleeing the residence. The witness was able to provide enough
information to allow for a sketch of the suspect which is being released
to the public in the hopes that someone will be able to identify him.
Police continue to urge residents to be vigilant in keeping their homes
secure.

Anyone recognizing the man in the attached sketch or with information
in relation to this incident is asked to call Halifax Regional Police at
490-5016. Information can also be reported anonymously to Crime Stoppers
at 1-800-222-8477 or online at www.crimestoppers.ns.ca.