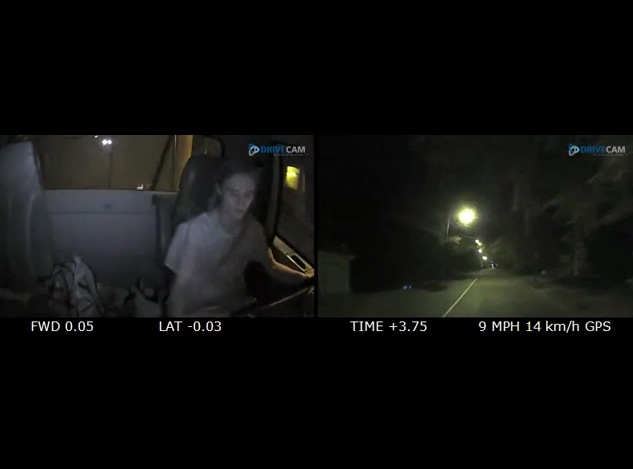 Halifax Regional Police is requesting the public’s help in identifying a man involved in the theft of a transport truck and subsequent hit and run collision that occurred on Halloween day in Halifax.
On October 31, at 4:16 a.m., officers responded to Harvey’s located at 3434 Kempt Road in Halifax for a report of the theft of a transport truck. Two employees making a delivery at the restaurant observed a man enter the cab of their awaiting truck and drive away with the truck and attached trailer. As he was leaving the parking lot, the suspect hit a minivan travelling on Kempt Road but thankfully the driver of the minivan was not injured. At 6 a.m., police received a second complaint about the same delivery truck left unattended at the intersection of Jubilee Road and Chestnut Street. A witness observed the suspect leaving the area on foot, walking East on Jubilee Road, with a woman. Upon police arrival, neither the man nor the woman could be located.
The suspect is described as a white man in his twenties, 5’9”, with long light brown hair. At the time of the incident, he was wearing light blue scrubs, had a hospital mask hanging from his neck and he was carrying a skateboard. Investigators believe that the suspect is proficient with the operation of larger delivery trucks and, given the way he was dressed, may have been at a Halloween party earlier in the night.
Police are releasing two videos of the man driving the stolen vehicle. The videos are taken simultaneously from the inside and outside of the truck and show the collision with the minivan and a subsequent impact with a curb as the suspect was negotiating a turn in the south-end of the city. The videos can be seen on Halifax Regional Police YouTube channel at http://youtu.be/60qKRuVgxgA and http://youtu.be/x2eyS3vmIJE
Anyone with information on the identity of this man is asked to contact Halifax Regional Police at 902-490-5016. Anonymous tips can be sent to Crime Stoppers by calling toll-free 1-800-222-TIPS (8477), submitting a secure web tip at www.crimestoppers.ns.ca or texting a tip – Tip 202 + your message to 274637.
Source: Release
#99