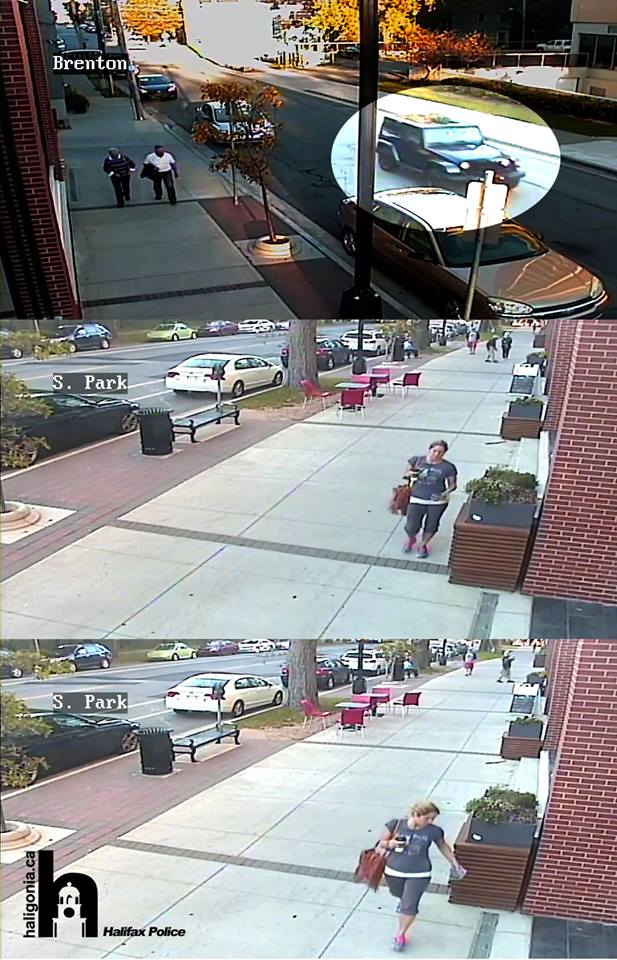 A woman sought by police after leaving the scene of an collision turned herself in to police last Friday.

On September 28 at 7:30 p.m., officers responded to the corner of Brenton Street and Brenton Place for a report of an unoccupied vehicle that had been struck. While canvassing a local business for witnesses, the officer was provided with surveillance video that shows a woman getting into a newer style, two-door, black Jeep Wrangler shortly after 5 p.m. and backing into an unoccupied car and damaging its hood. The woman then drove away without making any attempt to notify the owner of the vehicle that she struck. Police subsequently released pictures taken from the video surveillance on November 5.

On November 7, the 38-year-old female driver from Halifax attended Police Headquarters and advised officers that she was the driver implicated in this collision. She was issued a summary offence ticket under section 97(4) of the Motor Vehicle Act for failing to take reasonable steps to locate and notify the owner of an unattended vehicle damaged in an accident. This ticket does not have a set fine and the driver will appear in Halifax Provincial Court at a later date.