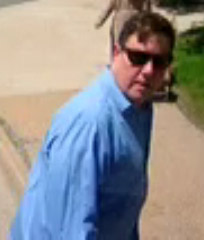 Police are requesting the public’s assistance in identifying a man in relation to an incident of property damage to a Halifax Transit bus that occurred last month in Dartmouth. 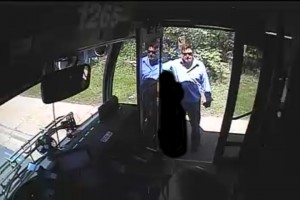 On June 16 at approximately 12:20 p.m., a man broke the passenger-side exterior mirror off a bus that had stopped at the bus stop on Alderney Drive before Prince Street. The man fled the area and was last seen heading up Prince Street toward Portland Street.

The suspect is described as a white man, approximately 6’5”, wearing a blue button-up shirt.

Police are releasing photos of the suspect and are asking for the public’s assistance in identifying him.

Police are asking anyone with information about the identity of the man or the incident to call 902-490-5016.Anonymous tips can be sent to Crime Stoppers by calling toll-free 1-800-222-TIPS (8477), submitting a secure web tip at www.crimestoppers.ns.ca or by using the P3 Tips app.