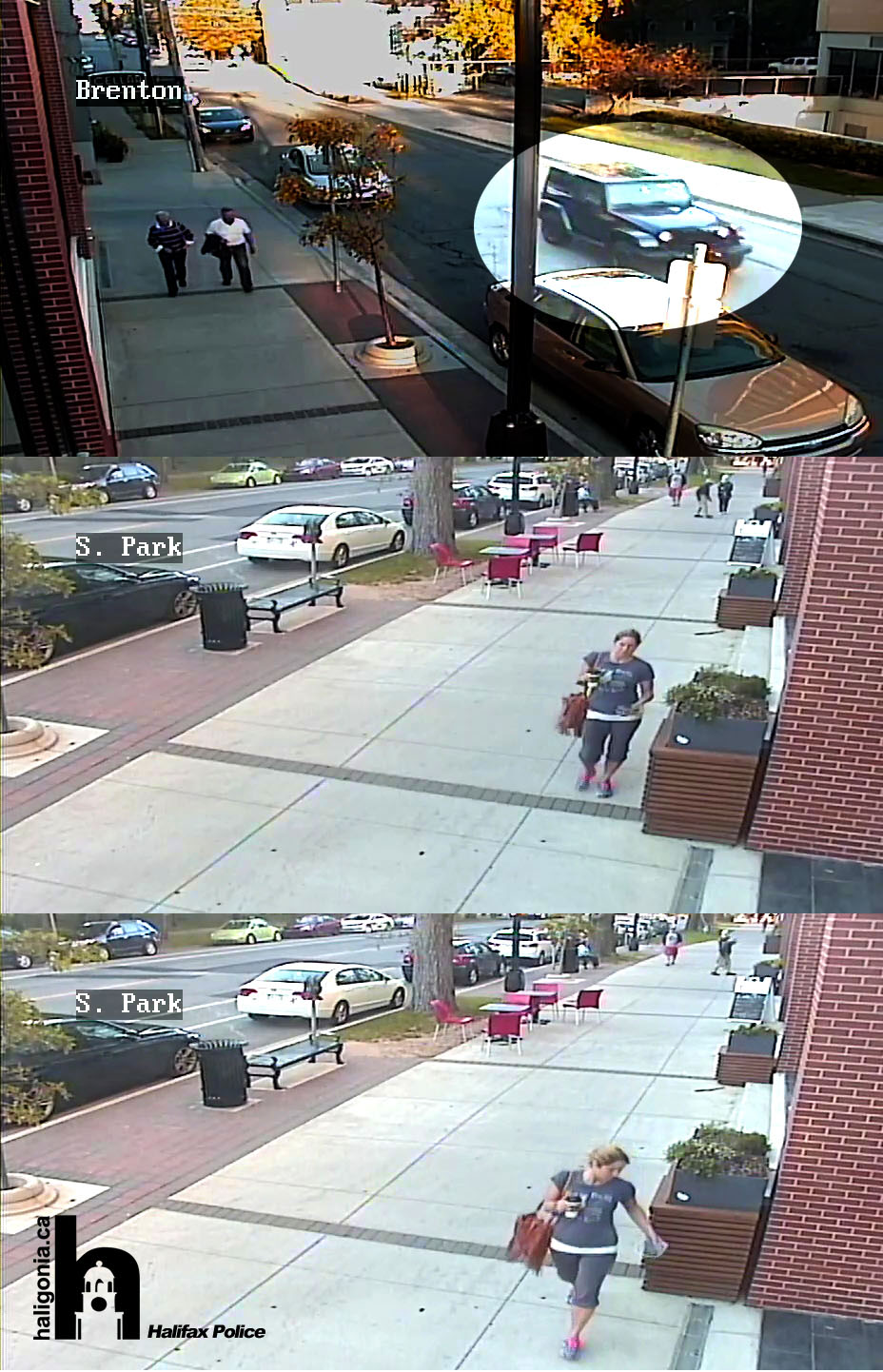 Halifax Regional Police is requesting the public’s help in identifying a woman and vehicle involved in a hit and run collision that occurred in September in Halifax.
On September 28 at 7:30 p.m., officers responded to the corner of Brenton Street and Brenton Place for a report of an unoccupied vehicle that had been struck. While canvassing a local business for witnesses, the officer was provided with surveillance video that shows a woman getting into a newer style, two-door, black Jeep Wrangler shortly after 5 p.m. and backing into an unoccupied car and damaging its hood. The woman then drives away without making any attempt to notify the owner of the vehicle that she struck.
Police are releasing photos of the woman and her vehicle; the photos of the suspect show her walking on South Park Street on the way to her vehicle while the photo of her vehicle shows her driving on South Park Street after the hit and run collision. As can be seen in the photos, the woman has long brown hair, and was wearing a gray or purple t-shirt, gray capris, and sneakers with pink accents, and carrying a large red purse.
Anyone with information on the identity of the woman and/or the collision is asked to contact Halifax Regional Police at 902-490-5016. Anonymous tips can be sent to Crime Stoppers by calling toll-free 1-800-222-TIPS (8477), submitting a secure web tip at www.crimestoppers.ns.ca or texting a tip – Tip 202 + your message to 274637.
Source: Release
#99