After eating the Cuban Doner at Tom’s Little Havana, I felt compelled to also showcase the Blackened Chicken Panini. Apparently it is the more popular of the two sandwiches – and it sounds delicious! 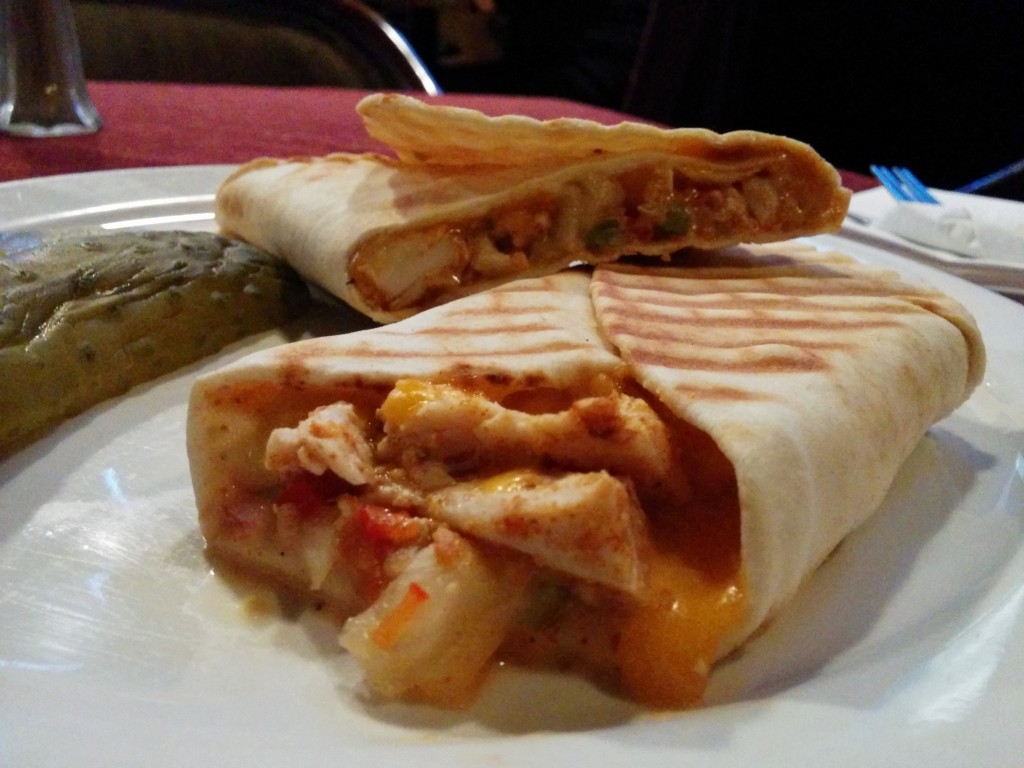 The pita was grilled to a crispy perfection. I love the style of this sandwich, the novelty and the flavour potential.

However, the chicken appears to be lightly seasoned, rather than blackened. It lacked the big bold flavours of this New Orleans-based technique. It was also that soft wet chicken that I hesitate to call “processed” because that gets me into trouble. Instead, there must be some cooking technique that restaurants are using that makes the chicken bland and too-tender. Some people may not be bothered by this, but I like my chicken to have some flavour and texture.

Otherwise, the pineapple, salsa and chipotle mayo were effective in elevating the flavour profile. This is a tasty sandwich, but I actually don’t think I’d order it again. The Cuban Doner has my vote at Tom’s Little Havana.