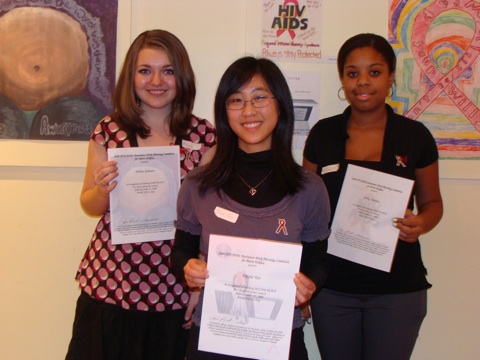 Melina Johnson was speechless when she found out she’d won a hundred dollars.

“I had no clue that I was going to win, and when I found out, I was in total shock,” said the 17-year-old Auburn High School student.

Her poster claimed first place in her age category in an AIDS awareness contest held by the Nova Scotia Advisory Commission on AIDS. 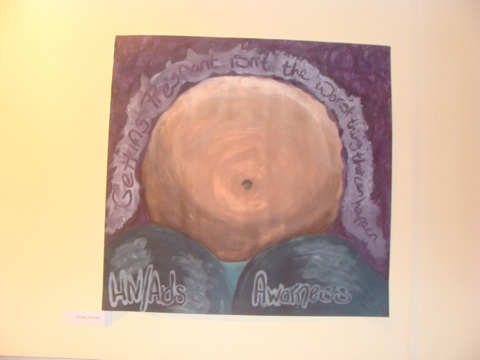 AIDS Commission spokesperson Michelle Proctor-Simms judged the contest. “What we were looking at was not just the visual appeal of the poster, but the relevance and the message that was there. And the posters that we chose most closely fit those criteria.”

Although the contest was open to youth across Nova Scotia, they only received twelve submissions in two age categories. Elayne Tan won the second place prize of $50 in the 16 to 18 category. Erika Mendes was the sole contestant in the 12 to 15 category.

Each year the AIDS Commission chooses a different group of people to focus on the impact of HIV/AIDS. This year they focused on young women, which coincided with the release of new statistics about the prevalence of the virus.

“In our pop culture and our media, we have seen this sexualization of young women. The messages may be an emphasis on looking a certain way, looking sexual or looking attractive in a certain body image. There seems to be an expectation with men that women will be open and available,” Proctor-Simms said.

She also said that women in this age group might have less say with their partners as to whether protection is used during intercourse, or whether intercourse is had at all.

Johnson said that the contest helps to encourage youth that it’s okay to speak out.

“Most people keep it a secret. They don’t want other people to know they have AIDS. If you let more people know about it, then I guess they’re going to be less afraid to talk about it.”