Meet Jack Reacher (M), former United States army military police major, he’s smart, tough and does not shy away from violence should the situation call for it. At one point in his career he was assigned to a special investigations unit where he honed his investigative abilities. Upon leaving the military Reacher is more or less a drifter, hitchhiking his way across the country, always traveling light with a toothbrush and a single set of clothes.

We first meet Reacher in The Killing Floor (M) by Lee Child. “Killing Floor is the first book in the internationally popular Jack Reacher series. It presents Reacher for the first time, as the tough ex-military cop of no fixed abode: a righter of wrongs, the perfect action hero. Jack Reacher jumps off a bus and walks fourteen miles down a country road into Margrave, Georgia. An arbitrary decision he’s about to regret. Reacher is the only stranger in town on the day they have had their first homicide in thirty years.The cops arrest Reacher and the police chief turns eyewitness to place him at the scene. As nasty secrets leak out, and the body count mounts, one thing is for sure. They picked the wrong guy to take the fall.” publisher

In Child’s latest, The Affair (M),we go back six months before the events of The Killing Floor. At this point Reacher is still in the army. A girl is found with her throat cut and suspicion falls on the soldiers at a nearby military base in Mississippi. Reacher is deployed, undercover, to monitor the local investigation. Reacher finds that the most likely suspect may be a captain whose father is a US senator, despite the fact that the Army’s intelligence is pointing in a different and shocking direction. Reacher’s fans will learn the origin of his break with the military and the beginnings of his lonely vigilante life. 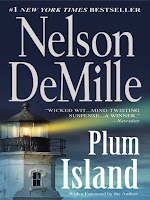