Meet secret service agents turned private investigators Sean King and Michelle Maxwell. King and Maxwell, both former secret service agents, are drawn together by failure. King suffers a moment of inattention and a presidential candidate is killed as a result. Maxwell, similarly, fails to follow procedure and, due to her carelessness, “looses” her assigned politician. The pair of agents bond over their mutual disgrace and romantic tension follows.

We first meet King and Maxwell in David Baldacci’s Split Second (M). “It was only a split second-but that’s all it took for Secret Service agent Sean King’s attention to wander and his ‘protectee,’ third-party presidential candidate Clyde Ritter, to die. King retired from the Service in disgrace, and now, eight years later, balances careers as a lawyer and a part-time deputy sheriff in a small Virginia town. Then he hears the news: Once again, a third-party candidate has been taken out of the presidential race-abducted right under the nose of Secret Service agent Michelle Maxwell. King and Maxwell form an uneasy alliance, and their search for answers becomes a bid for redemption as they delve into the government’s Witness Protection Program and the mysterious past of Clyde Ritter’s dead assassin. But the truth is never quite what it seems, and these two agents have learned that even one moment looking in the wrong direction can be deadly.” publisher

Now partners in a private investigation firm, they complement one another. Michelle is tough, physical, controlling and impulsive. Over the course of 5 novels (Split Second (M), Hour Game (M), Simple Genius (M), First Family (M) and The Sixth Man (M)) she has had to battle with demons from her past. Sean seems to be the one with commitment issues in this relationship, yet still respects and values Michelle’s talents while demonstrating genuine affection.

In their latest adventure, The Sixth Man (M)“Edgar Roy-an alleged serial killer held in a secure, fortress-like Federal Supermax facility-is awaiting trial. He faces almost certain conviction. Sean King and Michelle Maxwell are called in by Roy’s attorney, Sean’s old friend and mentor Ted Bergin, to help work the case. But their investigation is derailed before it begins-en route to their first meeting with Bergin, Sean and Michelle find him murdered.It is now up to them to ask the questions no one seems to want answered: Is Roy a killer? Who murdered Bergin? With help from some surprising allies, they continue to pursue the case. But the more they dig into Roy’s past, the more they encounter obstacles, half-truths, dead-ends, false friends, and escalating threats from every direction. Their persistence puts them on a collision course with the highest levels of the government and the darkest corners of power. In a terrifying confrontation that will push Sean and Michelle to their limits, the duo may be permanently parted.” publisher 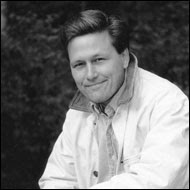