Canadian literature has a number of great examples of odes to the power of radio. Perhaps its our vast geography and large empty spaces that makes the idea of a voice that travels great distance to reach us seem so romantic. Certainly that’s the idea alluded to in Elizabeth Hay’s Late Nights on Air – a Giller Prize winning novel of life in the North (Yellowknife to be precise) that revolves around the staff of a radio station in the 1970s, particularly its late night hosts. Similarly romanticizing the idea of late-night radio is Carol Shields‘ The Republic of Love, which focuses on the romance between one late-night radio host and a women in wintry Winnipeg. 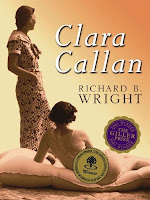