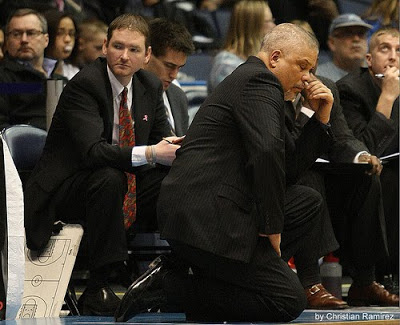 The Halifax Rainmen (9-4) continue their road trek this Saturday when they face off against the PBL two-time champs, Rochester Razorsharks (10-3).  The two teams have already played  against each other earlier in the season when the Rainmen pulled out the 102-99 win in Halifax.  The Razorsharks will seek revenge against Halifax when the Rainmen roll into Rochester this weekend.

Romy (Haligonia.ca):  Rochester started off the season hot on a five-game win streak, had a bump in the road with a few losses but are now back on a five game winning streak including the 33-point romp over the GreenHawks this past Saturday. What will the Razorsharks have to do to continue the hot streak this Saturday against Halifax?

Chris Iversen:  We’ll have to continue to do a good job executing offensively and playing defense with a high intensity. Even though we have had some recent success, there’s always room for improvement, so we’ve got to push ourselves to get better each day.

Romy (Haligonia.ca): When Rochester and Halifax played earlier this season, it was a close and exciting matchup with Halifax coming out on top. In your opinion, where did the Razorsharks come up short in that game?

Chris Iversen:  Anytime you go on the road in the this league, you have to be prepared for a tough game, especially when you go to play in a place like Halifax. Give the fans in Halifax credit for providing a great atmosphere for their team, but we have got to play smarter basketball this time around.

Romy (Haligonia.ca): Who on this year’s Razorsharks roster has impressed you so far this season?

Chris Iversen:  Without question, Melvin Council. Here is a guy who didn’t see a lot of playing time last year, put the extra time during the off-season, and it’s paid off, because he’s able to fill multiple roles for us if needed. My high school coach once told me, “If you work hard, good things will happen,” and Melvin is a prime example of that.

Romy (Haligonia.ca): The Razorsharks have had the chance to play against every team in the league at this point, who has been the toughest matchup so far?

Chris Iversen:  In the PBL you have to have the mind set that every game you play you’re going to be in for a fight, and that you can’t take anyone for granted, no matter what a team’s record is. Each team in this league has their strengths and weaknesses, but like I said, you have to look at each game as a tough match up and not overlook anyone.

Romy (Haligonia.ca): How did you first get involved with the Razorsharks organization?

Chris Iversen:  I became involved with the team in 2005 as an intern working in the front office. Once I finished my school requirements, I was hired as Director of Game Day Operations, promoted the following season to Vice President of Operations, and before the 2009 season was again promoted to the role of Assistant Coach and VP of Basketball Operations. It has been a privilege for me to be able to have the opportunity to work with Coach Baker for the past five seasons as well as to be involved in the front office aspect of the team basically since its inception. I feel blessed that I can be around the game of basketball each day, and it’s a special feeling to actually be doing something that I appreciate, respect, and genuinely enjoy.

Romy (Haligonia.ca): If you could choose your opponent for the first round of this year’s playoffs and it had to be between Lawton Fort-Sill, Puerto Rico or Halifax, who would you want you to face?

Thanks again to Chris for taking part in our game preview.  The Razorsharks and Rainmen face off this Saturday in Rochester, be sure to check out more about the Rochester Razorsharks at their official website, Razorsharks.com