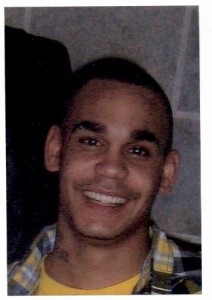 Yesterday marks the 5th anniversary of the murder of Nathan Ross Cross.

On April 24, 2011, police responded to reports of shots fired at a Churchill Terrace residence in North Preston. When officers arrived, they located Mr. Cross unconscious and unresponsive. Mr. Cross, 21, had been standing outside with a group of people when a suspect fired several shots that struck him. Mr. Cross was transported to hospital by emergency workers and pronounced dead as the result of the gunshot wound he received.

Police are asking anyone with information regarding the person(s) responsible for the murder of Nathan Ross Cross to come forward to speak with investigators with the goal of ultimately leading to an arrest in this case. Investigators believe that there are witnesses who have information that could result in arrests and possible charges. Any piece of information could prove useful to investigators.

People can contact any RCMP office, Halifax Regional Police or Nova Scotia Crime Stoppers at 1-800-222-TIPS (8477), texting TIP202 + your message to ‘CRIMES’ (274637) or by Secure Web Tips at www.crimestoppers.ns.ca. Calls to Crime Stoppers are not taped or traced and if police make an arrest and lay charges based on a tip, callers qualify for a cash reward from $50 – $2000. Nathan Cross` case is registered with the Department of Justice Rewards for Major Unsolved Crimes Program.