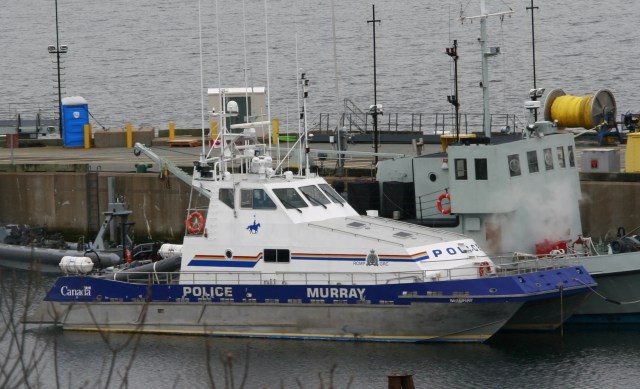 The RCMP Patrol Vessel Murray is now tied up at Shearwater.

The Murray was stationed in the Burin Peninsula of Newfoundland, as was used to patrol the South Coast – In particular the boarder between St Pierre and Miquelon and Canada.

In October 2015, while the Murray was undergoing refit, The RCMP decided different vessels better met their needs and she would be re-assigned. To my Knowledge, she was last here for the Tall Ships event in 2009