On December 3rd, the Halifax District RCMP Street Crime Enforcement Unit (SCEU) with the assistance of RCMP officers from Musquodoboit Harbour and Sheet Harbour, as well as Officers with the National Weapons Enforcement Support Team (NWEST) executed a search warrant at a home in Sheet Harbour.

A number of firearms (long guns), various types of ammunition, a quantity of marijuana, drug paraphernalia and proceeds of crime were seized. The list includes; a Mosin-Nagant rifle, two Lee-Enfield rifles, three bayonets, one SKS Simonov rifle with scope, packaging and ammunition for an assortment of guns, a quantity of marijuana, cash and scales.

Two men were arrested at the scene, aged 22 and 20, both are from Sheet Harbour. The 20-year-old male was charged with Possession of Marijuana and was released from police custody on an appearance notice. 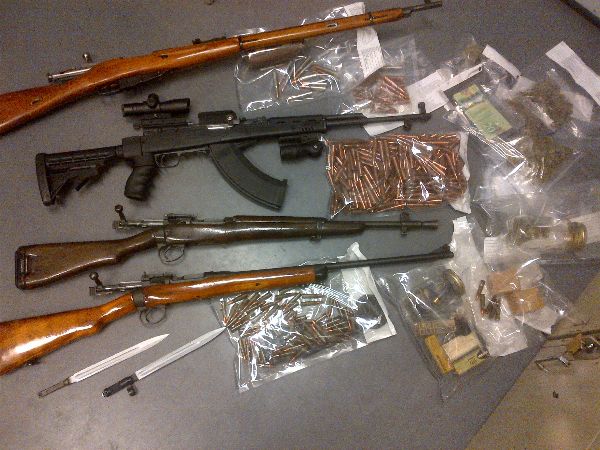